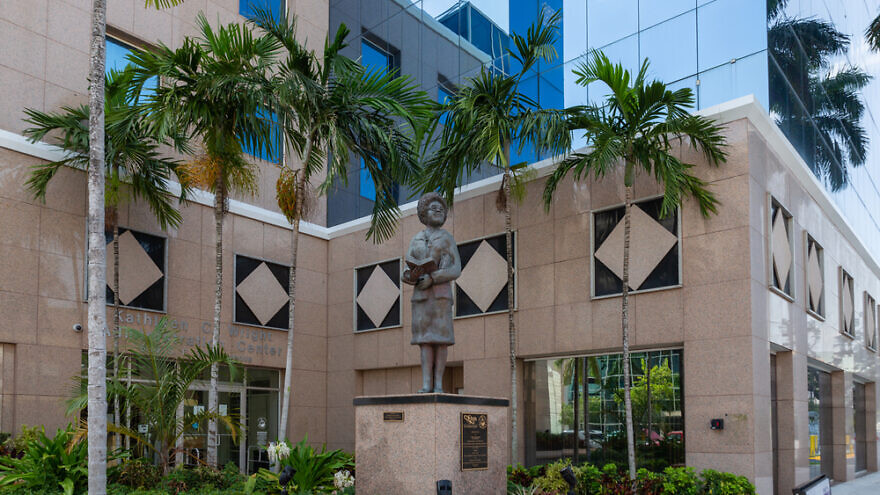 (August 30, 2021 / JNS) The Florida State Board of Education adopted new civics and Holocaust-education standards for Florida’s public schools in July, which had been pushed by the state’s governor, Ron DeSantis.

The new social-studies standards spell out what students should learn about civics and the Holocaust in their classes from kindergarten to 12th grade.

Florida has required that students be taught about the Holocaust since 1994, but there had been no standards detailing what specifically should be covered and in what grade. The new standards aim to provide that blueprint.

“We want to make sure our students understand the evils of the Holocaust. You see people throughout the world try to diminish or even reject that the Holocaust even happened,” DeSantis said, reported the Orlando Sentinel.

The new standards come amid a growing push among U.S. states to address rising anti-Semitism and awareness about the Holocaust. Nearly two-dozen states now require Holocaust education as part of their secondary-school curricula, according to the United States Holocaust Memorial Museum. Much of these new requirements have emerged in the last several years.

According to the survey, commissioned by the Conference on Jewish Material Claims Against Germany and carried out by the firm Schoen Cooperman Research, there is a clear lack of knowledge, and many distortions, surrounding the Holocaust for millennials and Gen Z.

Nationally, 63 percent of respondents didn’t know that 6 million Jews were killed during the years of World War II and the Holocaust, and 36 percent believed that 2 million Jews or fewer were killed, the survey found. 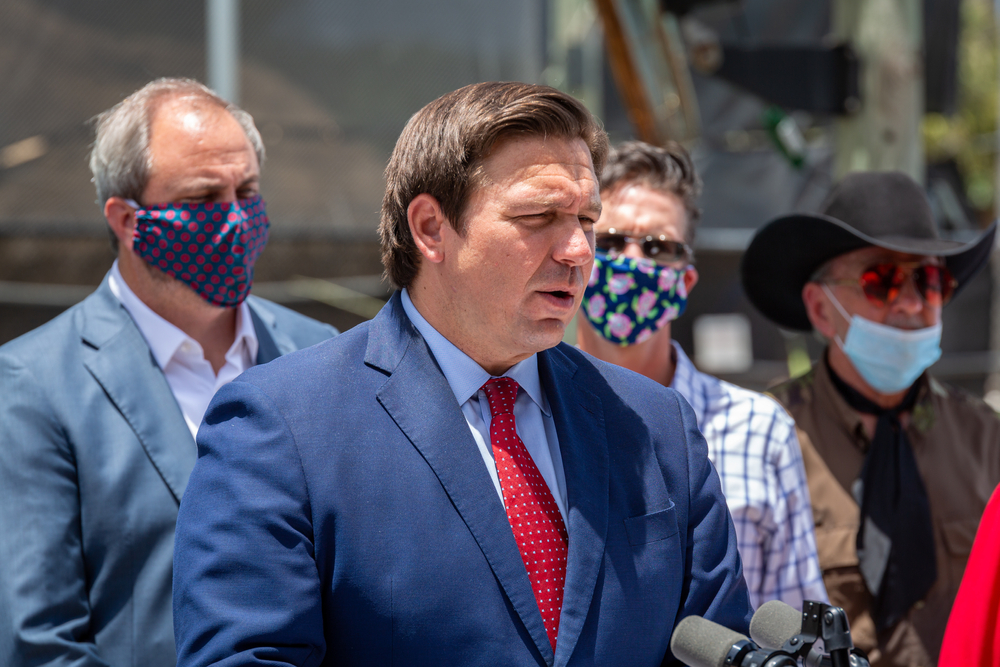 ‘How does one man gain such popularity?’

Rachel Pignato, a history teacher at Palm Beach Gardens Community High School who was one of just a handful of teachers who helped write the Holocaust standards in Florida, told JNS that prior to the adoption of the new guidelines, Florida did not have much material for teachers on the Holocaust.

“I went on the CPalms website [Florida’s resource page for teachers], and there were roughly 85 standards for the Holocaust listed but only six of them actually dealt with the Holocaust; the rest were completely irrelevant,” she said.

“It wasn’t surprising why there wasn’t really quality education because these standards weren’t built properly. So that became a two-year-long mission into figure out how we can get on to creating these standards,” she noted.

Pignato, who wasn’t originally on the task force, was added after outreach by Lauren Gross, director of the Gross Family Center for the Study of Antisemitism and the Holocaust.

“I’d like to thank the Department of Education for heeding my advice and making the critical last-minute change to the committee, which has resulted in an enormous victory for the Jewish community and the students all over the state who will now be instructed about the Holocaust with a brand new set of professional, well-written and well-thought-out standards that are specific to the Holocaust, not culled from all the other subject areas, as was the case up until now,” Gross said in a statement.

According to Pignato, the new standards were essentially created from scratch by herself and her small team of educators. For her, several important aspects needed to be included for students, including examining the meaning behind terms related to the Holocaust; offering an understanding of what Judaism is; and providing a history of anti-Semitism, as well as Zionism, and the founding of the modern-day State of Israel post-Holocaust.

Pignato pointed out that the students also need to understand the historical timeline, starting with World War I and how the Nazis rose to power then continuing through the 1930s and 40s.

“We go from there; we talk about the rise of Adolf Hitler and the Nazi Party. How did that happen?” she posed. “That wasn’t an overnight process. How does one man gain such popularity, and how does the blame for all of a country’s problem get laid on the shoulders of people who comprise less than 1 percent of the population?”

“We rely heavily on primary-source documents, firsthand accounts, survivor testimony, eyewitness reports at the time photographs taken at the time,” she said. “We don’t want to really rely on some other person’s perspective of what happened. We want to hear from the people who went through it. So that becomes a cornerstone of the course.”

With the new standards, Pignato said that now they can work towards developing a Holocaust curriculum and training for teachers.

“You can do the best standards in the world, but if you don’t train teachers on this history and on these standards, then it will never get to the kids because teachers cannot teach what they themselves do not understand,” she stated.

‘Revisionist history has no place in schools’

Along with the new Holocaust standards, Florida also adopted new civics standards for its school system, which has also been part of a larger pushback against the teaching of critical race theory and intersectionality that have been used by critics of Israel to also promote anti-Semitism.

The revised civics standards will require public-school students to “study primary-source documents to understand the philosophical underpinnings of the American Republic and the root cause of American exceptionalism.”

DeSantis has made improving civics education a core priority since he took office.

“We’ve got to do a much better job teaching people about the Constitution, the Bill of Rights—all these important things,” he said. “I’m excited about what we’re doing.”

Laurie Cardoza-Moore, president of Proclaiming Justice to the Nations, whose taskforce of experts advised on the new Holocaust Education and Civics Standards in Florida, told JNS that the new standards will “now focus on our Constitutional Republic and the Judeo-Christians roots upon which it was founded.”

“All Americans are equal under the law; this is the essence of our Republic. Revisionist history that pits Americans against each other has no place in our schools. We must teach our children the Golden Rule—to love each other like themselves, not to put salt in old wounds and make them critics of the very fabric that holds us together.”

Cardoza-Moore also praised the new Holocaust standards. “With anti-Semitism on the rise, we must teach the perils of the past and ensure that the lesson of Never Again is learned,” she said.

She sees the new standards in Florida as an opportunity for other states to follow suit. She noted that she is already working with other states, such as Tennessee, on improved guidelines.

“The Holocaust must be taught as a unique period in history unlike any other,” she emphasized. “We cannot allow subversive forces to dilute and universalize the Holocaust so that it becomes a general tool to teach about the woes of racism and xenophobia. Manipulating Jewish history only empowers revisionists and anti-Semites. Florida now has the most comprehensive Holocaust-education standards in the country.”