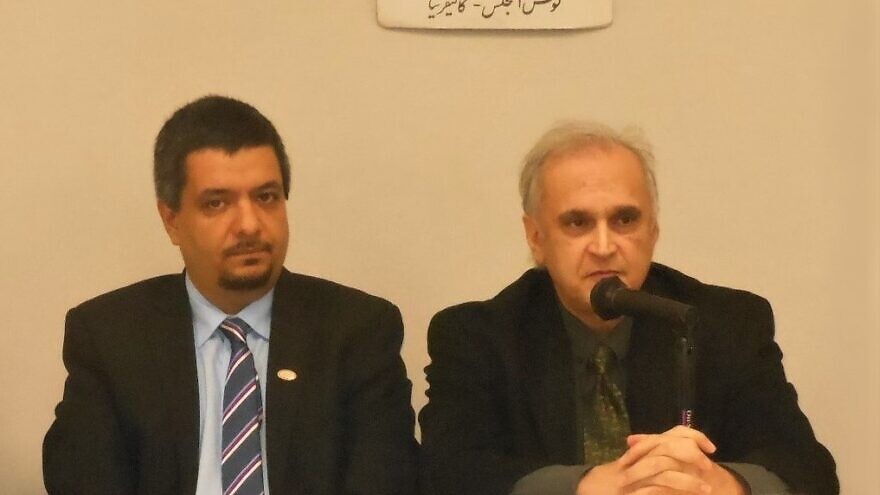 (June 20, 2022 / JNS) Frank (Faryar) Nikbakht, an Iranian Jewish community activist and expert on anti-Semitism propagated by the Iranian regime died in Los Angeles on June 12. He was 68 years old.

Iranian Jewish community members in Los Angeles remembered Nikbakht as a fearless maverick activist who spent a lifetime speaking out against the Iranian regime’s four-decade-long abuse of the Jews still remaining in Iran and the regime’s ongoing campaigns of spreading anti-Semitic conspiracy theories through state-run media outlets.

At a time when Iranian Jewish leaders in the United States were largely silent about the Iranian regime’s anti-Semitism, Nikbakht broke all his community’s taboos by publicly exposing the regime’s serious crimes against Jews.

“His exposure of the Iranian regime’s deep anti-Semitism through the research he did from their own publications and pronouncements even shook our own [Iranian Jewish] community,” said George Haroonian, a Los Angeles-based Iranian Jewish activist and longtime friend to Nikbakht. “Many of the Jews who were victims of the brutality of the Iranian regime as a result of his work stepped forward and spoke up about their fate under the regime.”

Born to a middle-class Jewish family in Tehran in 1953, friends said Nikbakht first became aware of the violent anti-Semitism Jews in the Middle East faced while he was a student at the “Etefagh School,” a Jewish school established in Tehran by Jews who had fled Iraq and resettle in Iran in the mid-20th century.

After graduating from high school in the mid-1970s, Nikbhakt came to Los Angeles after being accepted to UCLA where he studied civil engineering and political science. He became involved with Iran’s political issues on campus and rose to become one of the leaders of the “Confederation of Iranian Students,” a group opposed to the rule of the late Shah of Iran. 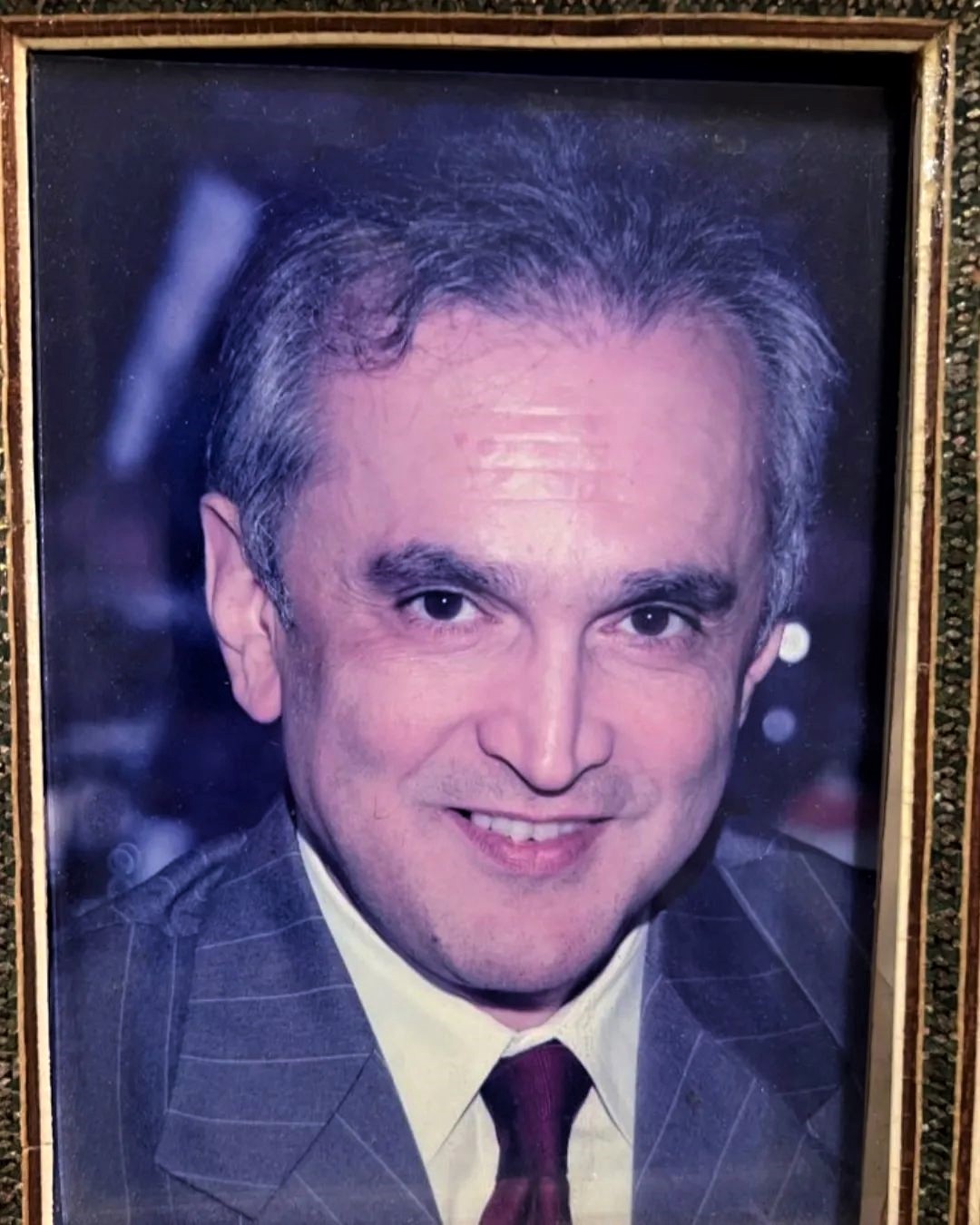 Eventually, by 1980, Nikbakht returned with friends to Iran in hopes of bringing about an armed counter-revolution against the Ayatollah Khomeini’s regime which he opposed. Yet by 1982, with many of his counterparts executed or killed by the regime, Nikbakht was forced to flee Iran illegally by horseback into Turkey.

He was eventually granted political asylum in the United States and was reunited with his family members who had resettled in Los Angeles. For the next 20 years, Nikbakht worked as a part-time realtor but also volunteered countless hours to help Iranian Jewish nonprofit groups and U.S.-based political opposition groups to the Iranian regime.

“Faryar’s satisfaction in life, even to the last hours of his life, was to community work,” said Haroonian. “He sacrificed and gave his life to defending truth and fighting for justice, instead of owning properties. He did it for what he believed was a noble cause.”

Nikbakht was the founder and head of the L.A.-based “Committee for Religious Minority Rights in Iran,” a small group of Iranian activists of different faiths that regularly launched fact-based media campaigns to raise awareness about the plight of Jews, Christians, Baha’i’s, Zoroastrians and even Sunni Muslims suffering constant discrimination and abuse at the hands of the Iranian regime.

“In addition to his extensive knowledge of issues that took more than half of a century to develop, he was a genius,” said Dariush Fakheri, a close friend and former president of the “International Judea Foundation (SIAMAK),” an L.A.-based Iranian Jewish non-profit group. “In spite of his unique talent, he was a humble intellectual, who objectively pursued justice, wisdom and truth.”

During the early 2000s, Nikbakht was heavily involved in raising public awareness about the plight of 11 missing Jews who from 1994 to 1997 attempted to escape Iran illegally but were arrested by the Iranian regime and whose whereabouts were never disclosed to their families.

Nikbakht also served as former public-affairs director of the “Council of Iranian American Jewish Organizations (CIAJO),” a now-defunct L.A. Iranian Jewish nonprofit group that advocated for various legislation and support among U.S. elected officials on behalf of Iranian Jews in the United States and in Iran.

Nikabkht was perhaps most well-known for his efforts at the CIAJO between 1999-2000, when he was at the forefront of leading an international campaign with other American Jewish organizations to save 13 Jews from the Iranian city of Shiraz who were facing imminent execution at the hands of the Iranian regime.

The “Shiraz 13” were falsely charged by the Iranian regime of spying for Israel; efforts led by Nikbakht and a small group of L.A. Iranian Jews placed a negative media spotlight on the Iranian regime, ultimately resulting in the Jews avoiding execution despite being found guilty of treason. After serving short prison sentences, all of the Shiraz 13 were quietly released by the regime several years later.

‘He was a true mensch’

In an email statement to JNS, Malcolm Hoenlein, executive vice chairman of the Conference of Presidents of Major American Jewish Organizations, praised Nikbakht for his solid advice and close strategic help during the public campaign to free the Shiraz 13.

“I was deeply saddened to learn of the untimely passing of Frank Nikbakht,” stated Hoenlein. “He was very devoted and singularity focused on ways to help protect the [Jewish] community there [in Iran] and enabling them to exercise their basic human rights.”

Other American Jewish leaders also praised Nikbakht for offering them unique insights into the anti-Semitic nature of the Iranian regime and its leaders’ mentalities.

“He was a true mensch,” said Rabbi Abraham Cooper, associate dean for global social action at the Simon Wiesenthal Center in Los Angeles. “He helped countless people, myself included better understand Iran’s past and present and what might lie beyond the horizon.”

Pooya Dayanim, one of Nikbakht’s closest friends and a former co-worker at the CIAJO, said Nikbakht’s extensive research, knowledge and reports on the persecution of religious minorities by the Iranian regime were highly regarded internationally and regularly provided to U.S. State Department officials and other U.S. national security officials during the George W. Bush administration.

“In exile in the U.S., he (Nikbakht) put his vast knowledge of Iran to highlight the persecution of religious minorities in Iran,” said Dayanim. “His research and writings spread the world over and were read and respected by policymakers worldwide.” 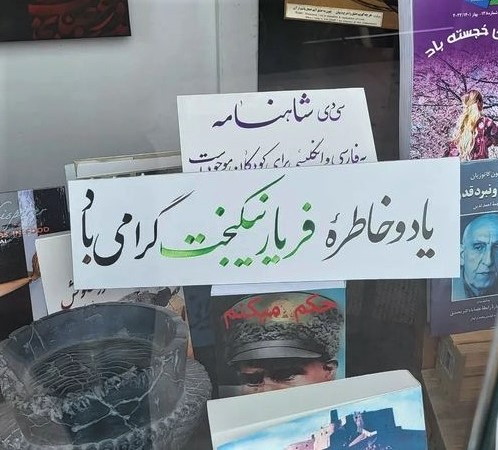 A sign in Persian was placed inside an Iranian-owned business in Westwood Village honoring the memory of Frank (Faryar) Nikbakht, who died on June 12, 2022. Credit: Courtesy.

At the same time, non-Jewish Iranian American activists remembered Nikbakht for offering advice and strategies to them, as well as to other student opposition groups operating within Iran in their struggles against the dictatorship in Iran.

“Faryar never gave up on the cause of bringing about freedom for Iran,” said Roozbeh Farahinpour, an L.A.-area Iranian American restaurateur and opposition activist to the Iranian regime. “He was never an apologist for the Islamic regime in Iran and tried his best to work alongside all opposition groups to the regime regardless of their political leanings, except for certain ethnic separatists.”

Since his death, many younger Iranian American activists and journalists have come forward praising Nikbakht for mentoring them and offering his expertise on all issues concerning the Iranian regime’s nefarious history.

“He was always my first go-to for any questions on history or current events, particularly for the way he would contextualize and be able to see any snippet of time, whether in the past or present, so clearly in a historical timeline,” said Lisa Daftari, an Iranian American journalist and head of The Foreign Desk news site. “He made sure to continue telling me how much he supported and admired my work, so to encourage me to keep going.”

During the 1990s, Nikbakht also volunteered for the L.A.-based “Center for Iranian Jewish Oral History” by collecting and recording the experiences of older Jews who had lived in Iran prior to the 1979 Islamic revolution. Likewise, he also wrote several chapters of Esther’s Children, a book the center published in 2002 documenting the contemporary history of Iranian Jewry.

Additionally, Nikbakht wrote extensive articles in various Persian-language publications about the Iranian regime’s campaigns of Holocaust denial, the regime’s biased laws against religious minorities living in Iran and their promotion of neo-Nazi conspiracy theories through their state-run media outlets.

Friends said at the time of his death, Nikbakht was completing a book regarding Iranian Gen. Hossein Fardoust, the late deputy head of the Iranian Intelligence agency who was believed to have betrayed the late Shah of Iran by allowing the Ayatollah Khomeini regime come to power.

In an interview with this reporter in 2018, Nikbakht spoke about his passion for supporting Israel and speaking out against the Iranian regime’s calls for a second genocide against the Jewish people.

“If the Holocaust has taught us anything, it’s that Jews can never afford to sit silent and allow the Jew-haters to slaughter us like sheep!” he said. “Whether it’s the ayatollahs in Iran or any other group that wants to kill us and openly tells us that they want to kill us, it is our duty to use every ounce of energy to stand up against them and fight back.”

Nikbakht is survived by his mother, sister and older brother.