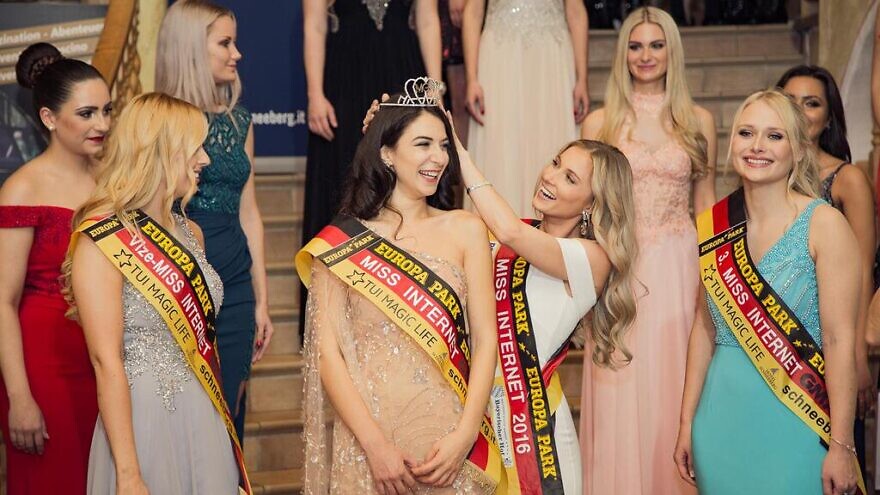 (December 10, 2019 / JNS) A German-Jewish beauty queen is launching a campaign to raise awareness about racist and anti-Semitic incidents and rhetoric afflicting Germany and Western Europe.

She has gathered a group of the most influential German personalities who will post a picture on Instagram of them wearing a specially made hooded sweatshirt that has the word “Shalom” inscribed in Hebrew and English on the front and back, respectively.

The German influencers, who have a combined total of more than 30 million followers, will accompany the photo with a statement about either anti-Semitism or racism.

“In recent years and months, there have been several racist and anti-Semitic incidents in Germany and Europe, which impacted all of us,” said Morali, the first-ever Jewish contestant in the Miss Germany Cooperation contest (MGC). “These incidents should neither be accepted nor tolerated—by anyone! This is why we feel obliged to emphasize SHALOM, to raise awareness for a brighter and [more] peaceful future.”

Morali, who moved to Vienna at the age of 8 and currently lives in Israel, added that “instead of only the media or Jewish organizations reporting about anti-Semitic incidents, I want some of Germany’s biggest influencers on Instagram to talk about these topics, so that a younger generation, and furthermore, people in general who never heard about anti-Semitism before, will be aware of what [it] is [and open a discussion about it].”

She invites people to join the campaign, share their experiences with racism and anti-Semitism, or even voice their opinions on the topic by sharing a picture on Instagram wearing the hoodie, tagging @placetob and using “#SHALOM.”