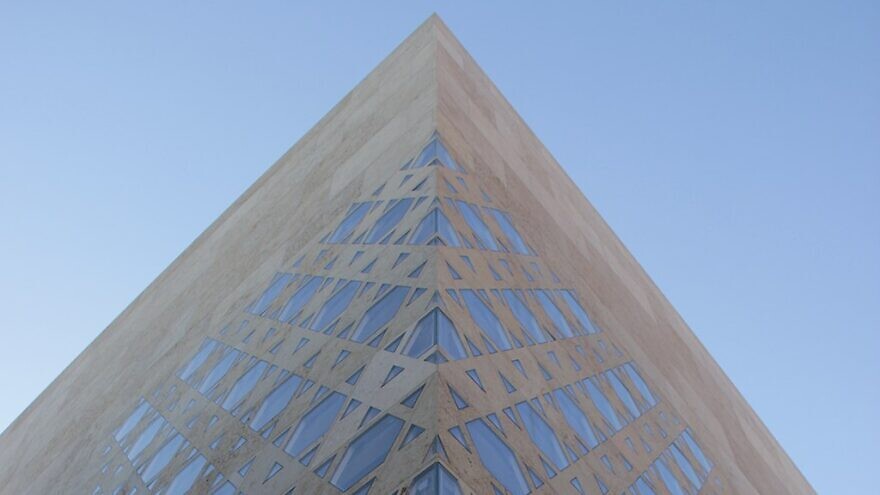 (June 28, 2022 / JNS) On June 5, 2021, a man identified by German media as Serkan P. allegedly attempted to burn down the Ulm synagogue, in the southwestern state of Baden-Württemberg. Firefighters extinguished the blaze. Five days later, Serkan P. fled to Turkey. A year on, a JNS investigation has found that Germany’s federal and state governments have failed to take concrete actions to arrest and prosecute him.

The case is a major source of embarrassment for both the governor and interior minister of Baden-Württemberg, Winfried Kretschmann, and Michael Blume, the commissioner responsible for fighting anti-Semitism in the state.

According to a June 2021 article in German daily newspaper Stuttgarter Nachrichten, the Baden-Württemberg government failed to inform the German federal government that Serkan P. had fled the state.

“It’s a shame the federal government did not know, since the suspect must have passed federal police border control at the airport,” prominent German attorney Nathan Gelbart told JNS.

When asked if the federal government was working to seek Serkan P.’s extradition, Marek Wede, a spokesman for the Interior Ministry, said the ministry “cannot comment on individual persons and we do not comment on the work done by German state governments. Please get in touch with the press office of the government of Baden-Württemberg.”

The Free Democratic Party asked the Baden-Württemberg government in a parliamentary question in 2021 whether an international arrest warrant had been filed for Serkan P., Kretschmann’s government dodged the question.

The FDP has criticized the Green Party-Christian Democratic Union coalition government for its inaction. Julia Goll, a FDP politician, told the Stuttgarter Nachrichten paper the state government seems “not to be doing anything.”

The FDP’s Nico Weinmann also condemned Kretschmann’s administration last year for its laxity on the matter.

“It is simply unacceptable that someone who is suspected of having set fire to a synagogue in Germany has been openly in Turkey for a month and a half without fear of prosecution. It is not clear from the [state] Justice Department’s response how this situation is to change,” Weinmann told the Stuttgarter Nachrichten.

Martin Widerker, the former head of the Jewish community in Stuttgart and a prominent Zionist and Jewish leader for 40 years, told JNS he is “completely outraged” by the lack of action from the federal and state authorities. “It is unbelievable. Where are we living?” he added. Widerker spearheaded the effort to rebuild the Ulm synagogue after the Germans burned it in 1938.

Widerker has previously called for anti-Semitism Commissioner Blume to resign due to his failure to crack down on the anti-Semitic BDS campaign in the state, his pro-Iran regime conduct and his alleged financial misconduct with respect to the construction of the Ulm synagogue.

Blume declined to respond to numerous JNS queries about what he has done to secure the extradition or prosecution of Serkan P. JNS press queries to Kretschmann and Baden-Württemberg Interior Minister Thomas Strobl likewise were not answered.

Uzay Bulut, a Turkish political analyst, told JNS, “It’s a scandal that the German government has allowed a criminal to flee to Turkey after he sought to torch a synagogue.”

She continued, “What kind of a message does this convey to other Jew-hating extremists in Germany who wish to inflict violence on Jewish people? That a person was allowed to leave Germany with no consequences after [attempting to burn down a] synagogue is a disgrace. Germany should take its fight against anti-Semitism a lot more seriously, and get Interpol to issue a Red Notice to catch this terrorist before he or others like him do more damage.”

A Red Notice is “a request to law enforcement worldwide to locate and provisionally arrest a person pending extradition, surrender, or similar legal action,” according to the Interpol website.

Rabbi Abraham Cooper, the associate dean of the Simon Wiesenthal Center, told JNS that the German government’s failure to protect its Jewish citizens and institutions was an “outrage.”

“Anti-Semitism commissioner tasked with combating hate crime, where is your voice? Submit an extradition request and the Simon Wiesenthal Center will urge Ankara to return the criminal for trial,” he said.