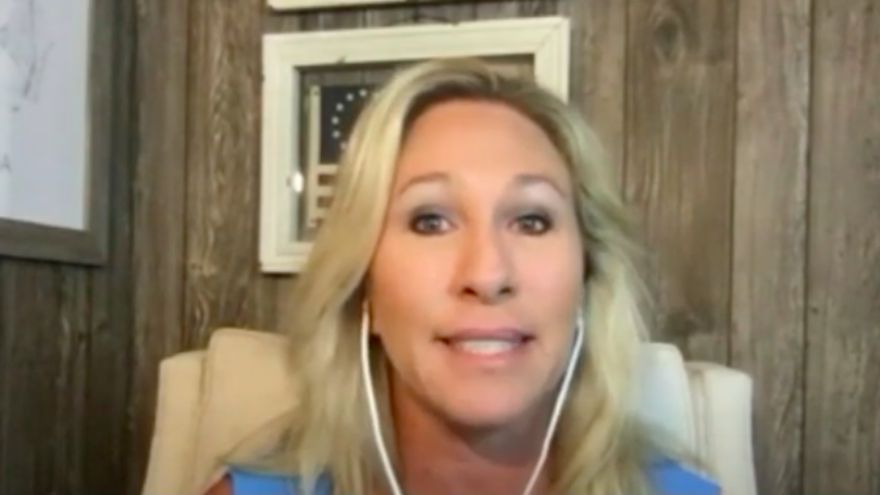 (August 12, 2020 / JNS) Jewish and pro-Israel groups slammed the Tuesday victory of Marjorie Taylor Greene, a businesswoman who has made anti-Semitic and other racist remarks, in the Republican run-off in Georgia’s 14th Congressional District.

Greene defeated neurosurgeon John Cowan with 57.2 percent of the vote to the latter’s 42.8 percent.

The Republican Jewish Coalition endorsed Cowan and previously said it would not support or endorse Greene, who has also touted conspiracy theories.

“We are proud to have endorsed John Cowan,” RJC spokesperson Neil Strauss told JNS. “We do not endorse Greene, and we think she is the antithesis of what our party stands for.”

“We can hold our heads up high for standing up to Greene, just like we did when we stood up to Steve King by supporting Randy Feenstra, which is more than the [Jewish Democratic Council of America] can say after they helped [Minnesota Rep.] Ilhan Omar by refusing to speak out about her anti-Semitism,” he continued.

King, the longtime congressman from Iowa’s 4th Congressional District, was upset in the June 2 Republican primary in the district by Feenstra, a state senator the RJC endorsed in the race. Leading up to the election, King had made numerous remarks perceived to be bigoted.

The JDCA did not support or endorse Omar or any of her opponents. Omar won the Democratic primary on Tuesday in Minnesota’s 5th Congressional District. Since entering Congress, she has perpetuated anti-Semitic tropes on Twitter and introduced a resolution that promotes boycotts of Israel, likening them to boycotts of Nazi Germany.

Dov Wilker, director of the American Jewish Committee’s Atlanta branch, rebuked Greene’s campaign. “It’s common for Americans to disagree on policy,” he told JNS. “But political candidates should not promote anti-Semitic tropes or associate with white supremacists. This is not the face of Georgia.”

“Ms. Greene has a history of propagating anti-Semitic disinformation,” Allison Padilla-Goodman, Southern division vice president of the Anti-Defamation League, told Jewish Insider. “ADL previously called on Ms. Greene to disavow her relationship with a prominent white supremacist leader and retract past anti-Semitic statements. ADL said that ‘failure to do so is a moral failure and unbecoming of someone seeking elected office.’ Ms. Greene’s continued insistence on propagating such anti-Semitism shows she has decided to double down on hate, which, to say the least, is deeply problematic.”

She will face Democratic nominee Kevin Van Ausdal, who works in the financial tech industry, in November.