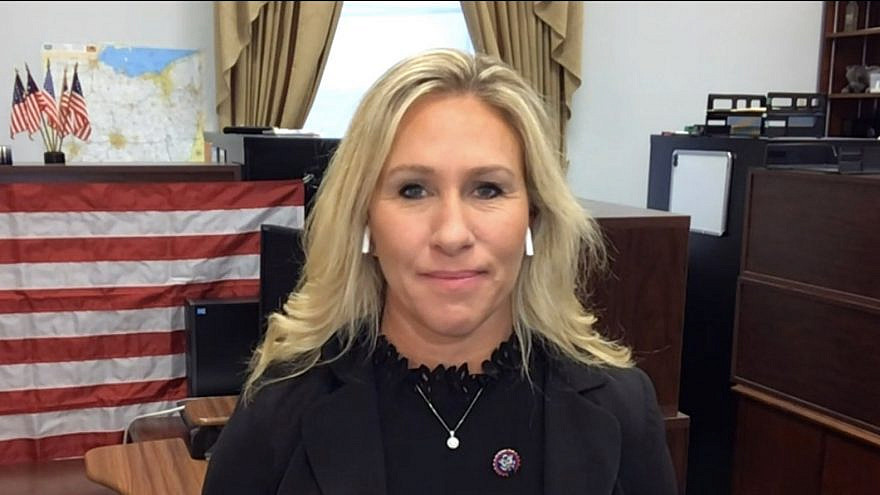 (May 25, 2021 / JNS) The top Republican in the U.S. House of Representatives has become the latest leader to condemn Rep. Marjorie Taylor Greene’s remarks that compared wearing masks to Jews being forced to wear yellow stars during the Holocaust.

“Marjorie is wrong, and her intentional decision to compare the horrors of the Holocaust with wearing masks is appalling,” House Minority Leader Rep. Kevin McCarthy (R-Calif.) said in a statement on Tuesday.

“Let me be clear: The House Republican Conference condemns this language,” he adds.

“Equating mask-wearing and vaccines to the Holocaust belittles the most significant human atrocities ever committed. We must all work together to educate our fellow Americans on the unthinkable horrors of the Holocaust. #NeverAgain,” Stefanik wrote on Tuesday morning.

Greene, a freshman Republican from Georgia, said in an interview with Christian Broadcasting Network’s David Brody that Speaker of the House Nancy Pelosi’s new rule that all House members must show proof of vaccination before entering the House chamber without a mask was akin to the Nazis’ treatment of the Jews.

“We can look back at a time in history where people were told to wear a gold star, and they were definitely treated like second-class citizens, so much so that they were put in trains and taken to gas chambers in Nazi Germany,” Greene said at the time. “And this is exactly the type of abuse that Nancy Pelosi is talking about.”

Greene doubled down on her comments on Twitter on Tuesday, saying that she never compared it to the Holocaust, “only the discrimination against Jews in early years” of Nazi Germany.”

“Everyone should be concerned about The Squad’s support for terrorists and discrimination against unvaxxed people. Why aren’t they?”

“WTF is wrong with you?” asked Miller on Twitter. “I think you need to pay a visit to the U.S. Holocaust Museum. I’d be happy to arrange [it]. Then, maybe going forward you wouldn’t make any more disgusting, ignorant and offensive tweets. If I’m wrong, and you’re not ignorant about Holocaust … then you are disgusting.”