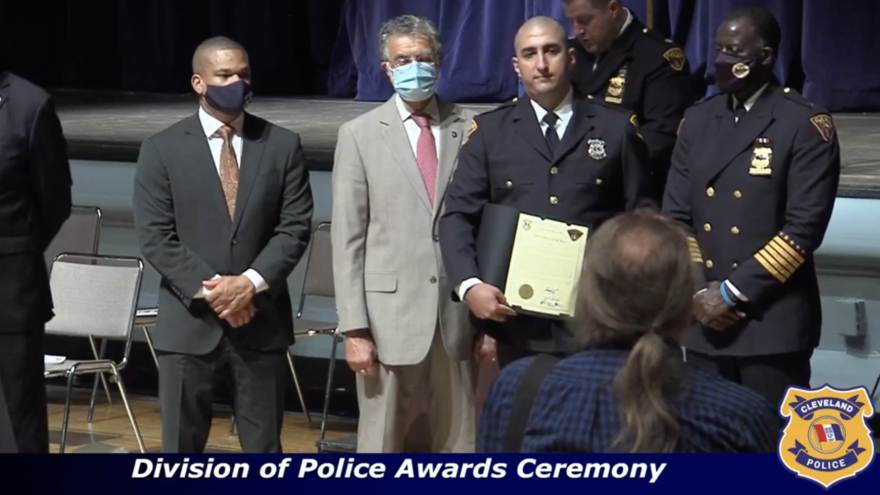 (September 6, 2022 / JNS) Several Jewish organizations are demanding that the Cleveland Division of Police rescind all honors presented to a decorated officer who has a history of making anti-Semitic remarks.

According to Canary Mission, Ismail Quran, who received the 2019 “Officer of the Year Award” and a distinguished service medal in 2021, had posted tweets that glorify Hitler; spread anti-Semitism and conspiracy theories; and expressed his disdain for Israel and Zionists. They also alleged that in 2017, Quran was also a member of a closed Facebook group that honored Osama bin Laden.

An investigation was undertaken by officials in Cleveland, however, as Quran’s posts were made prior to his service no action can be taken.

“We are frustrated and disappointed that no charges can be filed against Officer Ismail Quran, despite extensive internal investigations by the Cleveland Division of Police (CDP), the city prosecutor and the law department,” said Cleveland Mayor Justin M. Bibb and Police Chief Wayne Drummond on Aug. 31. “Officer Quran’s hateful offenses were communicated years before he was hired, making it impossible to successfully enforce discipline.”

The Simon Wiesenthal Center, Canary Mission and StopAntisemitism.org jointly stated that while “this is a strong statement by Cleveland’s leaders, the absence of action is the best outcome that Officer Quran could have hoped for.”

“While he is undoubtedly pleased that his anti-Semitism was dismissed on a ‘technicality,’ the Jewish community is left to wonder: Would officer Quran still be employed if he had posted other forms of bigotry?” noted their statement. “The lack of any meaningful consequences for Quran sends a disturbing message—discrimination against Jews is tolerated and excused.”