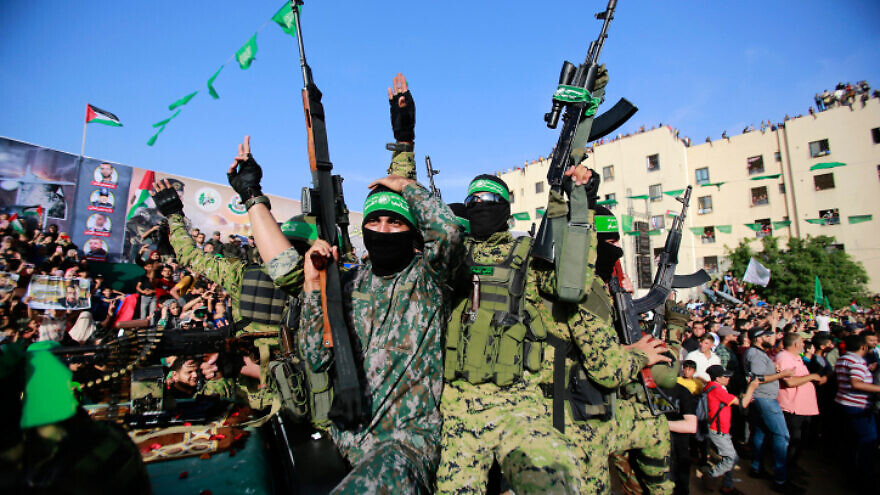 (September 4, 2022 / JNS) The Hamas terror group executed five Palestinians in the Gaza Strip on Sunday, the first executions carried out in the Palestinian-controlled territories since 2017, Reuters reported on Sunday.

Two of the men were convicted of spying for Israel based on charges dating back to 2015 and 2009, the Hamas Interior Ministry said.

Hamas did not provide full names for the condemned, who were executed at dawn. It said three were convicted of murder.

The alleged spies, aged 44 and 54, passed information to Israel that led to the killing of Palestinians, it claimed.

The Israeli Prime Minister’s Office declined comment, according to Reuters.

Human rights groups have criticized past instances of capital punishment carried out in the Gaza Strip and the West Bank, and have urged Hamas and the Palestinian Authority to end the practice.

Since Hamas took control of the Gaza Strip from the P.A. in 2007, its courts have sentenced dozens to death and executed 27, according to human rights groups.