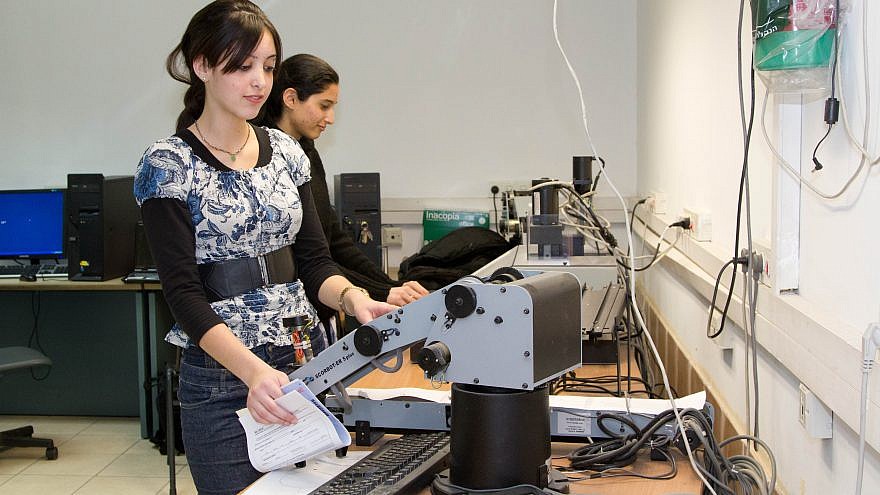 (January 8, 2023 / JNS) The low rate of participation of the haredi, or ultra-Orthodox, community in Israel’s labor force has been cause for much hand-wringing over the years. While a new report paints a mixed picture, analysts JNS spoke with are optimistic that things are moving in the right direction.

Forty-four percent of the Israel ultra-Orthodox live in poverty, compared to 22% among the general population. Torah study, not work, is the highest value of the community.

As haredim are the fastest-growing population in Israel and are expected to make up 16% of the population by 2030, economists argue that they will become an increasing burden on the state, which provides stipends to their institutions to enable their men to study full-time (ensuring those funds continue is the preoccupation of the ultra-Orthodox parties—Shas and United Torah Judaism).

“It’s unsustainable,” said Gilad Malach, co-author with Lee Cahaner of the “2022 Statistical Report on Ultra-Orthodox Society in Israel” put out by the Israel Democracy Institute on Jan. 2. “The question is: Can this situation continue as they demand more and more support from the state?” he said.

Malach told JNS that the number of working haredi men will decline in the short term as subsidies cut by the previous government are restored by the current one. For the first nine months of 2022, the employment rate among haredi men saw a slight uptick, from 51% to 53.5%, the highest in 25 years.

However, Malach is optimistic when looking at the problem long-term. Between 2003 and 2016, there was a “turning point” in the male labor participation rate, he said, which jumped from 35% to 50%. Also, 80% of haredi women work outside the home.

Prof. Avi Weiss, president of the Taub Center for Social Policy Studies in Israel and an economist at Bar-Ilan University, told JNS that haredim are going to work, just at a later age.

“When you talk about people who are older, between the ages of 30 to 44, you have an average of about 60% [of ultra-Orthodox men] who are working, and it’s been increasing over time,” Weiss said.

Weiss described a grassroots change in which more haredi men consider it important to help support their families. A growing proportion of married men who are studying Torah, and receiving stipends to do so, are also working. “Now going back 10 to 15 years, the percentage who did that was very small.”

More young haredi men are studying secular subjects such as mathematics, English and computer programming, Weiss said. The percentages are still small but it’s been a growing trend over the last five to six years.

“There is an aspect of cultural change to it. I think work has become more mainstream. More of their friends are doing it and they see more of it,” he said.

Coupled with this is financial pressure as prices rise, especially the cost of apartments. At one time, parents could afford to purchase apartments for all of their “seven, eight, nine children. Now it’s become much more difficult. It’s become necessary for more of them to work.”

The difficulty is that most haredi students aren’t yet learning skills desired by employers.

“What they’re learning in yeshiva is great for developing their mental capacities, but it’s not giving them skills that are valued in the marketplace,” Weiss said.

Also, they’re starting later in life. “It takes them time to acquire on-the-job experience, which means they’re starting at a disadvantage. So their salaries tend to be lower, and many of them work part-time because they want to be able to sit and learn [Torah].”

The gap between the secular and haredim also concerns Malach. The labor force percentages can be deceiving, he said, as most haredi women work, as do half of haredi men. But the majority are taking jobs in the education sector. Forty percent of haredi women, or half of those employed, are teachers, as are a large percentage of men. Teachers are in fact needed in the community because of the large number of children but it also means that haredim aren’t availing themselves of the remunerative positions in high-tech.

Malach also noted that while the male-female work dynamic is the reverse of most societies, with the women going out into the workforce, women are still the primary caregivers.

“The responsibility is still on them, meaning they need to feed the kids. They need to be with them in the afternoons,” he said. The result is that haredi women only earn the same as non-haredi women on a per-hour basis. In reality, haredi women earn far less because they’re not working the same number of hours.

One encouraging statistic Malach found is that a growing number of haredim are studying in colleges, universities and technology institutes. “This might affect the earnings of the next generation,” he said.