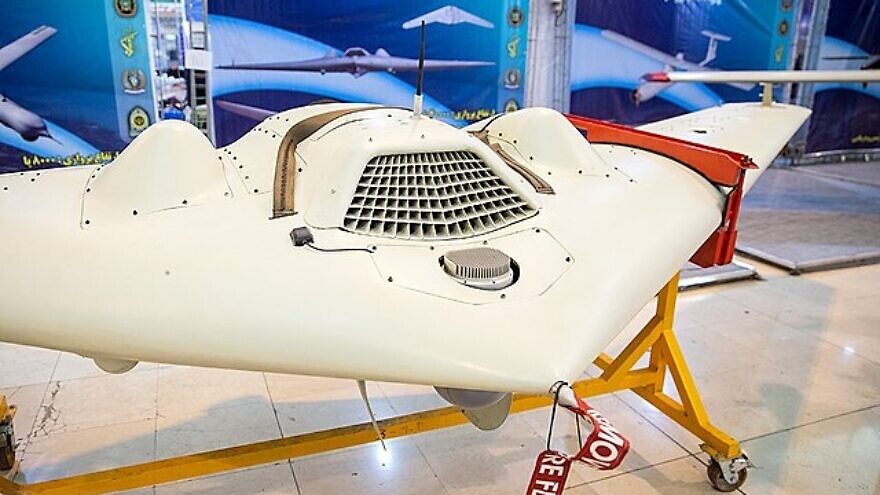 (December 23, 2022 / JNS) The head of U.S. Central Command said on Wednesday that the American commitment to the Middle East should be measured by the strength of its partnerships, and not “by boots on the ground,” like in the past.

Addressing reporters in a briefing, General Michael “Erik” Kurilla, Commander of the U.S. Central Command, focused on CENTCOM’s innovative efforts as Washington has reduced its force posture and military footprint in the region.

“Innovation is not just about technology for us; it is innovation of thought, innovation of concept, innovation of process,” said Kurilla. “We are building a culture of innovation and our partners are with us on this journey,” focusing on the employment of new technology and concepts, including artificial intelligence, machine learning and unmanned systems.

Kurilla noted CENTCOM’s growing network of interconnected mesh of sensors in the region’s waterways “that transmit real-time data, viewed together through data integration, artificial intelligence platforms that help build a clearer picture of the operating environment,” which, when paired with artificial intelligence, “gives us better information faster. This allows us to employ our manned systems more efficiently and strategically. All of this helps us achieve decision dominance.”

CENTCOM is also focused on cultivating “deep, abiding partnerships that can serve as a hedge against threats in the region while deterring Iran from its worst, most destructive behavior,” according to Kurilla, who compared Iran’s arsenal of drone systems to the type of threat that IEDs posed during the military’s conflicts in Iraq and Afghanistan.

He called out Iran for sanctions and embargo violations, weapons proliferation and spreading “chaos through violent proxy groups funded by Tehran,” which strike at American and allied forces in the region.

“For more than 40 years, the Iranian regime has funded and aggressively supported terrorism and terrorist organizations and defied international norms by conducting malign activities while destabilizing not only the region, but global security and commerce as well,” Kurilla said.

Task Force 39, CENTCOM’s land-based innovation task force, is experimenting with new technology to defeat Iranian drones, according to Kurilla. “We want to serve as the experimentation center for new drone-defeat systems, ideas, and technology, to include directed energy,” he said.

Kurilla briefly discussed the recent transfer of Israel from U.S. European Command to CENTCOM, and the “massive opportunities” it presents.

“Israel and the Arab militaries, it turns out, are seeing the same threats. They have a common cause. And very quickly, stunning new partnerships were formed in the Gulf militaries and Israel,” Kurilla said.

Reporters asked Kurilla about Washington’s strained relationships with Riyadh and Cairo, and how they impact CENTCOM’s operations. Kurilla insisted that the relationship with Saudi Arabia “remains very steady today,” and that the kingdom is  “very interested in strategic plans with us.”

Regarding Egypt, Kurilla said that “trusting partnerships allow for candid and tough conversations, and that’s the kind of relationship we have with Egypt. We don’t agree on every subject, but we don’t have to. But we just have to have candid discussions about every subject, and we work through the challenges to strengthen this enduring strategic relationship.”

He pointed to Egypt’s role in de-escalating last year’s conflict between Israel and terror organizations in Gaza and Cairo’s assumption of command leadership this month of Combined Task Force 153. It’s a 34-member coalition and the world’s largest maritime military partnership, charged with the security of the Red Sea. Egypt joined that coalition last year.

Kurilla also pledged a release next week of a full roll-up of the U.S. military’s Defeat ISIS operations in Iraq and Syria, including a tally of raids, detentions, and killed ISIS operatives. “The full size and scope that our partners have done against ISIS is going to be, I think, a little bit eye-opening to some,” said Kurilla.