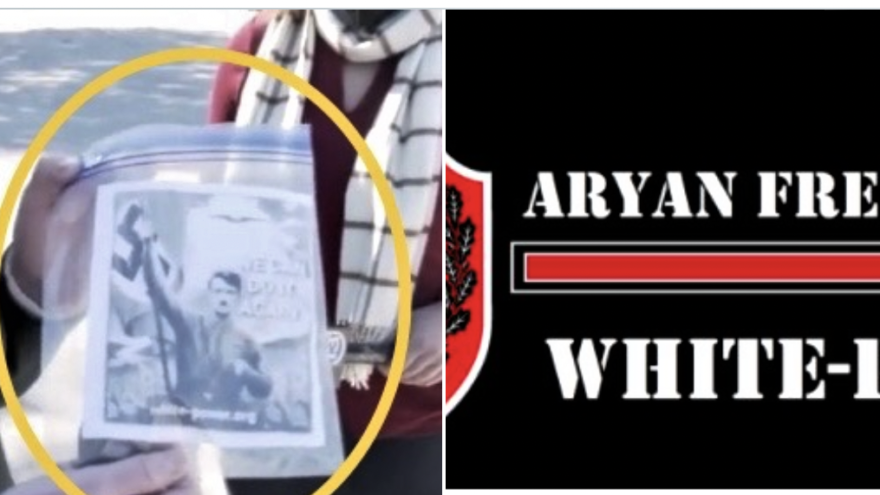 (February 18, 2022 / JNS) Hundreds of anti-Semitic fliers, including ones with a picture of Hitler on them, were dumped last weekend in Houston. It is the latest in a string of anti-Jewish propaganda that has been littered throughout Texas and the country in the past few months.

In the last few months, anti-Semitic fliers such as ones that seek to connect Jews to the COVID-19 pandemic, have been found in cities such as San Francisco; Beverly Hills, Calif.; Miami Beach and Surfside, Fla.; as well as in states like Maryland, Colorado and Wisconsin.

According to local media outlets, a Texas woman found 400 of the fliers in her Houston neighborhood just one week after other hate-filled fliers were found elsewhere in that city.

“Those that promote a genocidal maniac like Adolph Hitler need to be held accountable for their actions,” said Liora Rez, executive director of the watchdog organization StopAntisemitism.com. “This isn’t Germany 1939; we expect law enforcement and governmental positions to do everything in their power to ensure Jewish Texans feel safe.”

Rez believes that whoever dumped the fliers “appears to have direct ties to the National Socialist Movement,” as an email address listed on the paper links to one used by the NSM.

Earlier this month, several members of that anti-Semitic group were arrested in Orlando, Fla., after they assaulted a Jewish college student who confronted them during a “rally,” in which they shouted “Heil Hitler” and called Jews “the devil.”