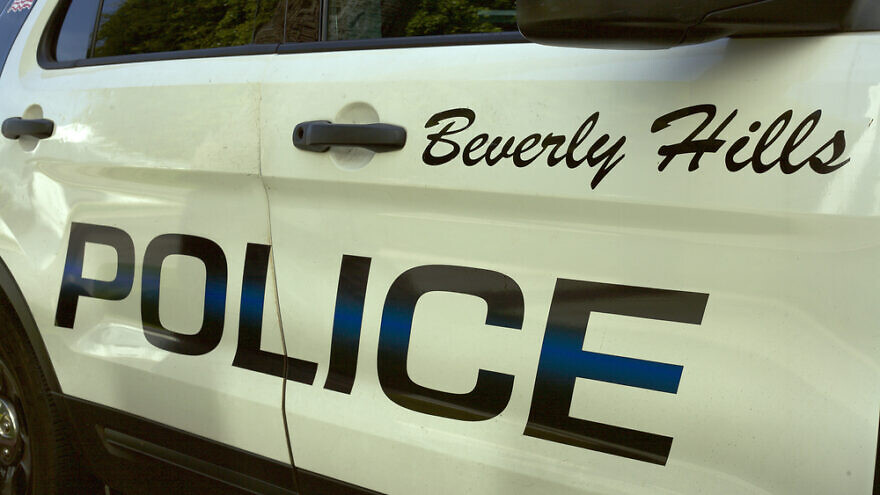 (November 29, 2021 / JNS) The Beverly Hills Police Department is investigating the appearance of anti-Semitic fliers left outside of homes in the California city on Sunday morning.

“Every single aspect of the COVID agenda is Jewish,” read the flier before listing the names and titles of more than a dozen people with the word “Jewish” next to them, including Rochelle Walensky, the director of the Centers for Disease Control and Prevention, and the U.S. Health and Human Services Secretary Xavier Becerra.

It also said: “Were literally Shabbos Goy carrying out the will of the Jews, wittingly or unwittingly.”

The printed papers contained the logo and a link to the website of GoyimTV, which the Anti-Defamation League says is run by the Goyim Defense League. Just last month, that group, which is virulently anti-Semitic, hung banners over a highway overpass in Austin, Texas, that read “Vax the Jews,” and came amid a spate of anti-Semitic incidents there.

The fliers in California were found around 6 a.m. on Nov. 28. Police were immediately notified; they plan to beef up patrols in the city during the eight-day holiday of Hanukkah.

In a statement, the Beverly Hills Police Department said that officers “surveyed the area and discovered that the fliers, enclosed in plastic bags containing rice (for weight), were distributed to homes in several blocks in the northeast area of the city. The flier, a single 8½ x 11 sheet of paper, contains propaganda-style hate speech related to the COVID pandemic and the Jewish people. Police and public works personnel canvassed the area and collected the fliers. Police are continuing to investigate and attempt to identify the persons responsible for this disturbing act.”

Beverly Hills City Council member John Mirisch posted an image of the flier on his Twitter page, saying: “Today, in one of the only Jewish-majority cities outside of Israel, this screed was distributed on residents’ doorsteps. The world’s oldest extant form of racism rears its ugly head on Erev Hanukkah. The response to this hatred is simple but unmistakable: ‘Am Yisrael Chai.’ ”

Today, in one of the only Jewish-majority cities outside of Israel, this screed was distributed on residents’ doorsteps. The world’s oldest extant form of racism rears its ugly head on Erev Chanukah. The response to this hatred is a simple, but unmistakable: “Am Yisrael Chai.” pic.twitter.com/H2FG4hwAS9