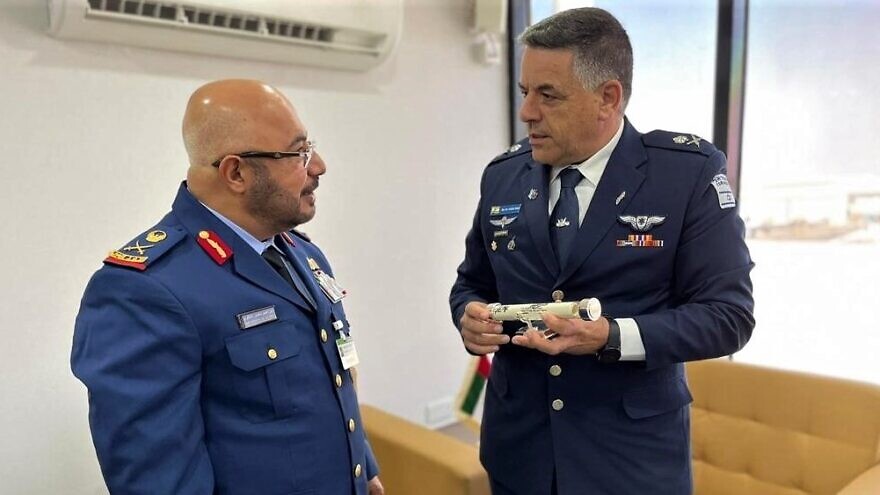 (November 15, 2021 / JNS) The commander of the Israeli Air Force visited the United Arab Emirates for the first time last week, the IAF announced on Sunday.

Maj. Gen. Amikam Norkin attended the Dubai International Air Chiefs Conference (DIAC), which attracted air-force commanders from around the world and throughout the Middle East. As part of the conference, Norkin also attended the Dubai Airshow.

“This is the first visit by the commander of the Israeli Air Force to the United Arab Emirates. Maj. Gen. Norkin’s visit to the UAE and his participation in the DIAC demonstrates the developing cooperation between the two air forces at the national and strategic levels following the Abraham Accords,” the Israel Defense Forces said in a statement.

“The historic visit follows the arrival of the commander of the United Arab Emirates Air Force, Maj. Gen. Ibrahim Nasser Mohammed Al Alawi, to the Blue Flag international exercise, which concluded about two weeks ago,” it added.