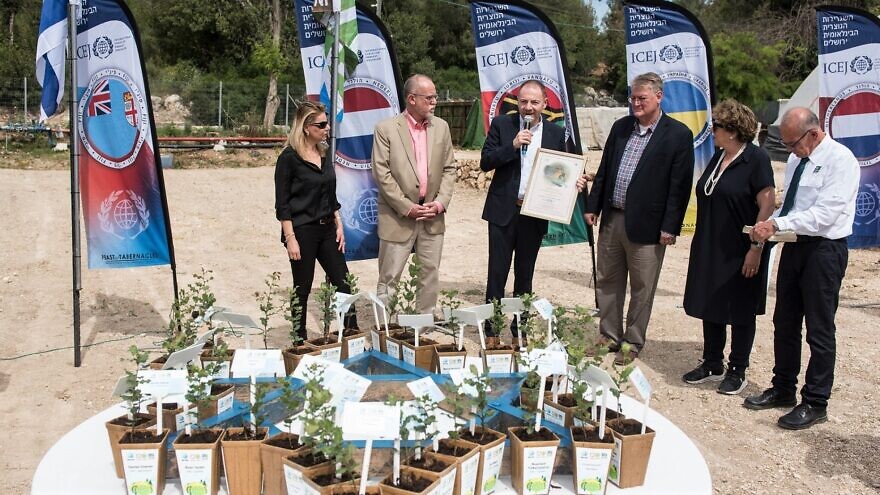 The International Christian Embassy Jerusalem was hosted by Keren Kayemeth LeIsrael-Jewish National Fund for a special tree-planting ceremony at the Eshtaol Nursery in the Jerusalem Hills on May 11, 2022. Credit: Courtesy.
Spread the word.
Help JNS grow!
Share now:

(May 13, 2022 / JNS) The International Christian Embassy Jerusalem was hosted by Keren Kayemeth LeIsrael-Jewish National Fund on Wednesday for a special tree-planting ceremony at the Eshtaol Nursery in the Jerusalem Hills to reaffirm their long-term partnership and encourage “Friends of Israel” worldwide to show concern for Israel by investing in the “greening” of this nation.

KKL-JNF was represented at the ceremony by Ronnie Vinnikov, head of the Resource Development and External Affairs Division, and Elisha Mizrahi, manager of the Friends of Israel Department. The ICEJ delegation was led by vice presidents David Parsons and Barry Denison from the Jerusalem head office and included representatives from 22 nations worldwide who are in Israel to participate in the organization’s annual International Leadership Conference.

“The Christian Embassy has a long history of partnering with KKL-JNF from our inception in 1980 and through our joint efforts Christians from around the world have planted hundreds of thousands of trees all around Israel,” said Dr. Jürgen Bühler, president of ICEJ. “This is a nation that has emerged as a global leader in water conservation, reforestation and many other laudable initiatives to preserve and enhance the environment.”

He said “we aspire to better inform Christians worldwide about this exemplary record and KKl-JNF’s central role in it. We also want to encourage Christians to continue investing as never before in the greening of Israel for future generations.”

The ICEJ’s revitalized partnership with KKL-JNF also will be highlighted during the upcoming Feast of Tabernacles celebration for Christians in October. The schedule will include a special solidarity rally with the Jewish National Fund and Israeli communities along the Gaza border to promote efforts to replant forests in the area burned by terror balloons, as well as tree-plantings to create visual security shields for the local farming villages along the border.

Vinnikov said “KKL-JNF operates day and night in the Negev Desert region and in the Galilee to promote social-environmental projects and address issues of forestry and water-resources development. The Friends of Israel are our partners in the process and greatly contribute to the success of projects for the benefit of the Israeli public.”

This week’s tree-planting ceremony is occurring in a shmita year under Jewish religious law, which means the trees were planted as seedlings in pots and will be placed in the ground once the year of rest for the land is over. The new seedlings are indigenous Mediterranean oak that can survive in the local dry climate for many generations. 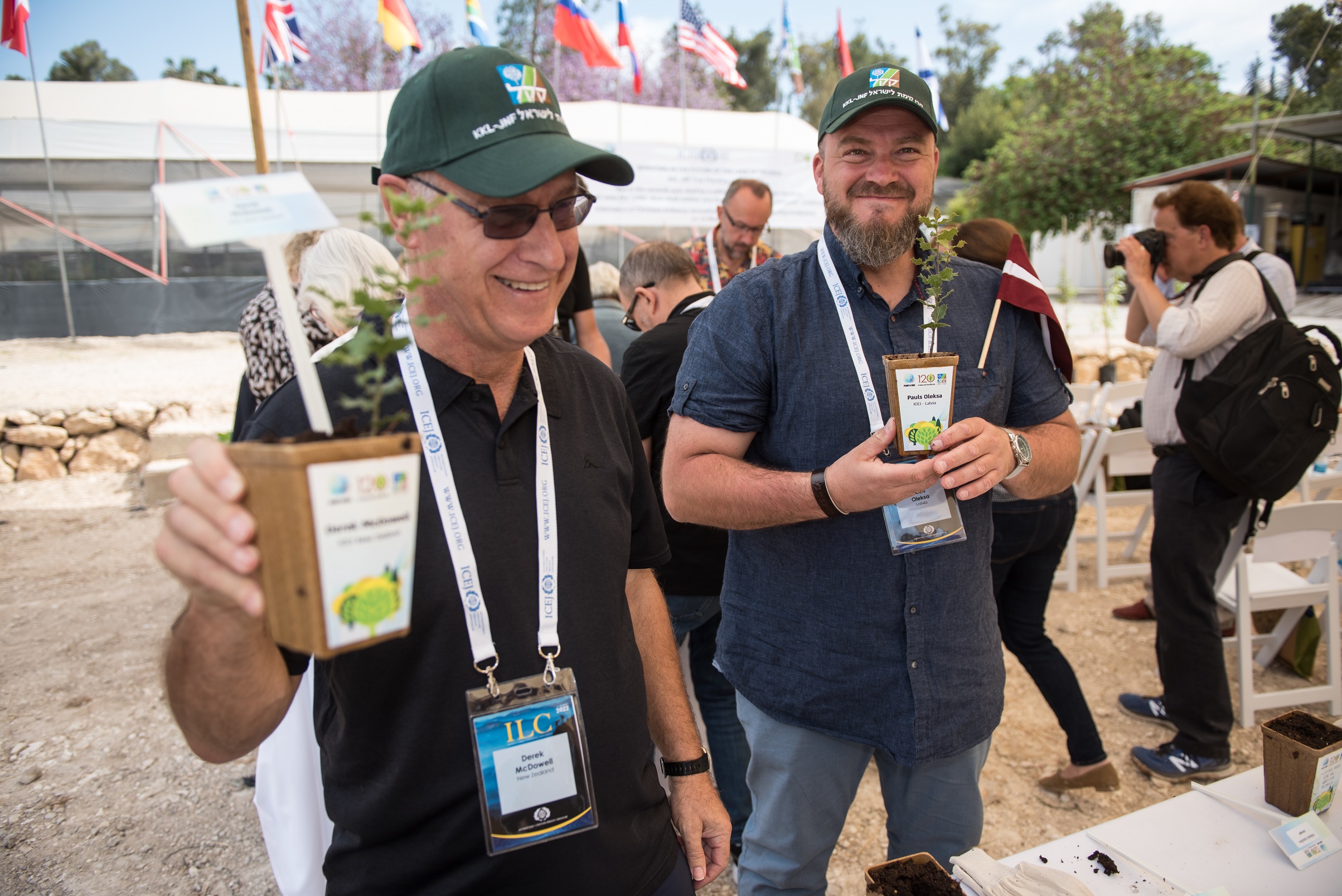 The International Christian Embassy Jerusalem was hosted by Keren Kayemeth LeIsrael-Jewish National Fund for a special tree-planting ceremony at the Eshtaol Nursery in the Jerusalem Hills on May 11, 2022. Credit: Courtesy.
Republish this article in your newspaper or website