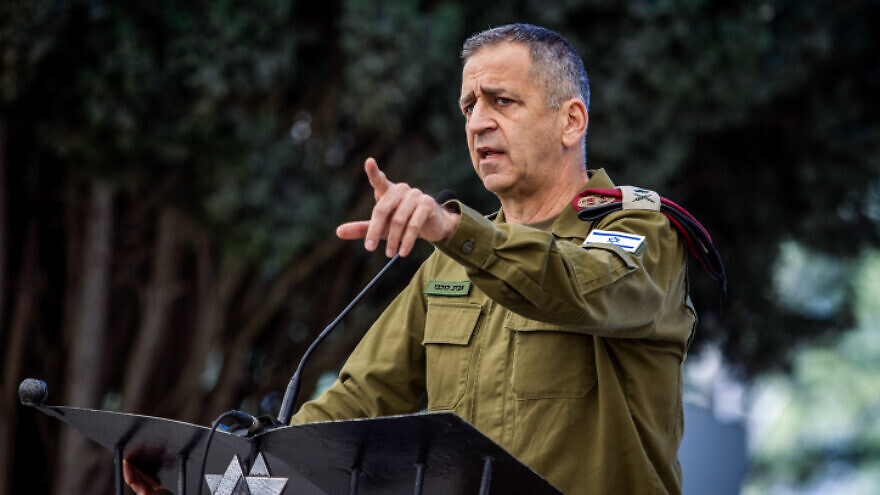 (November 20, 2022 / JNS) Israel Defense Forces Chief of Staff Lt. Gen. Aviv Kohavi arrived in the United States on Sunday for a five-day visit that will focus on Iran’s nuclear program and regional expansionism, according to a statement by the Israeli military.

“During the visit, they will discuss issues related to the security challenges in the region, primarily the Iranian threat, and issues related to strengthening cooperation between the armies,” said the IDF statement.

The trip comes after the 35-nation board of governors of the United Nations’ International Atomic Energy Agency passed a resolution on Thursday ordering Iran to immediately cooperate with its investigation into uranium traces discovered at three undeclared sites in the Islamic Republic.

‘It is essential and urgent” that Tehran explain the origin of the uranium particles and, more broadly, provide the IAEA with all necessary answers. the resolution drafted by the U.S., the United Kingdom, France and Germany states.

If Iran does not cooperate, the board is reportedly prepared to take further action under Article XII.C of the agency’s statute, which outlines options for referring Iran to the U.N. Security Council for failing to meet its nuclear obligations.

Kohavi’s visit will be his last as the IDF’s top official, as his tenure is set to end in January.

He will be replaced by Maj. Gen. Herzi Halevi.