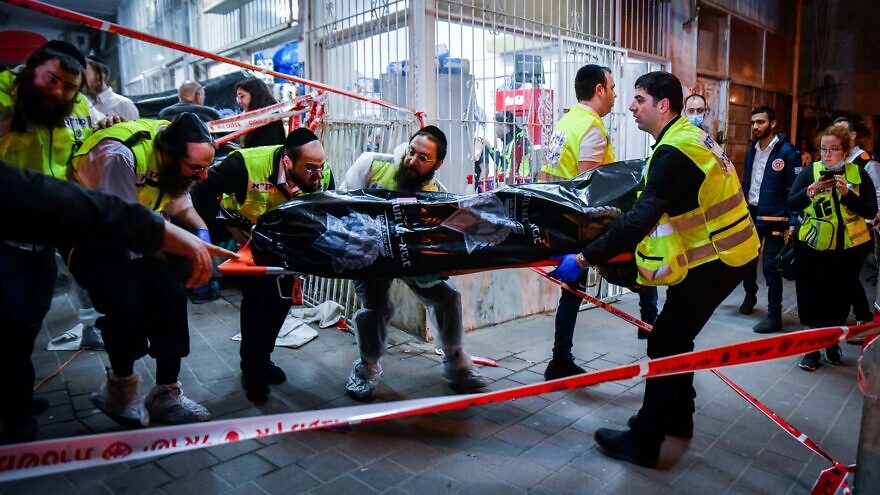 Members of the ZAKA organization remove a body at the scene of a terrorist shooting attack in Bnei Brak on March 29, 2022. Photo by Avshalom Sassoni/Flash90.
Spread the word.
Help JNS grow!
Share now:

(April 18, 2022 / JNS) The head of the Israeli military’s Central Command on Sunday signed a demolition order for the home of the terrorist who murdered five people in Bnei Brak last month.

The decree was signed after Israel’s High Court of Justice rejected an appeal submitted by the terrorist’s family, according to the Israel Defense Forces.

The residence is located in the village of Yabad, near Jenin.

Diaa Hamarsheh entered Israel illegally on March 29, before going on a shooting spree in Bnei Brak.

Israel Police First Sergeant Amir Khoury, who together with his partner were the first police unit to reach the scene of the attack, was killed in a firefight with Hamarsheh.

On March 30, IDF units entered Yabad on a counter-terror raid and surveyed Hamarsheh’s home ahead of its demolition. Israeli forces arrested the terrorist’s brother during that operation, as well as several additional security suspects, and transferred them to the Israel Security Agency for further questioning.