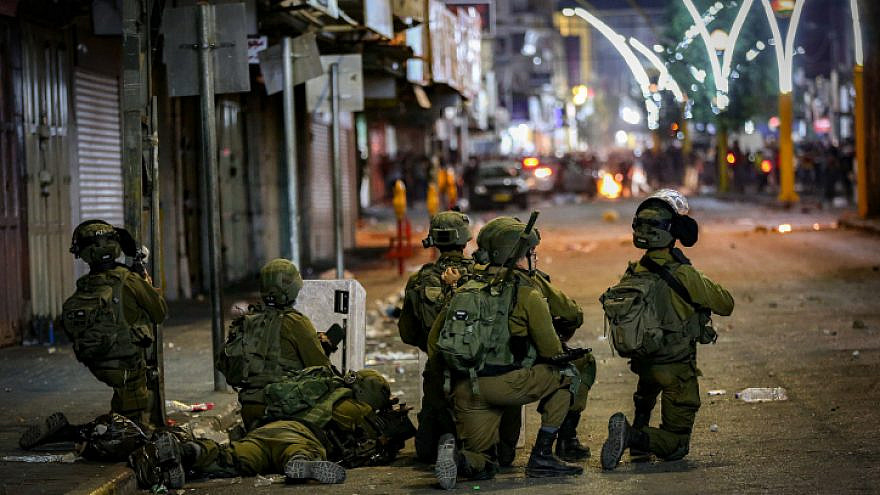 Clashes between the Israeli army and Palestinians in the city of Hebron in Judea and Samaria on May 12, 2021. Photo by Wissam Hashlamoun/Flash90.
Spread the word.
Help JNS grow!
Share now:

(May 19, 2021 / JNS) Israeli soldiers thwarted a terrorist attack on Tuesday afternoon in the Jewish community of Hebron, the military said in a statement.

The suspect, who was armed with a “Carlo” submachine gun, a knife and explosives, arrived in a vehicle from the direction of Hebron’s Abu Sneineh neighborhood, according to the Israel Defense Forces.

“The terrorist, who apparently belonged to the Palestinian Islamic Jihad movement, tried to ‘pull’ soldiers [towards him] by throwing firebombs at them, with the aim of detonating the explosives he was carrying,” said IDF spokesman Brig. Gen. Hidai Zilberman.

The Israeli forces initiated a standard arrest procedure, ultimately opening fire at the suspect. The explosives he was carrying detonated, killing him, said the IDF. No Israeli casualties were reported.