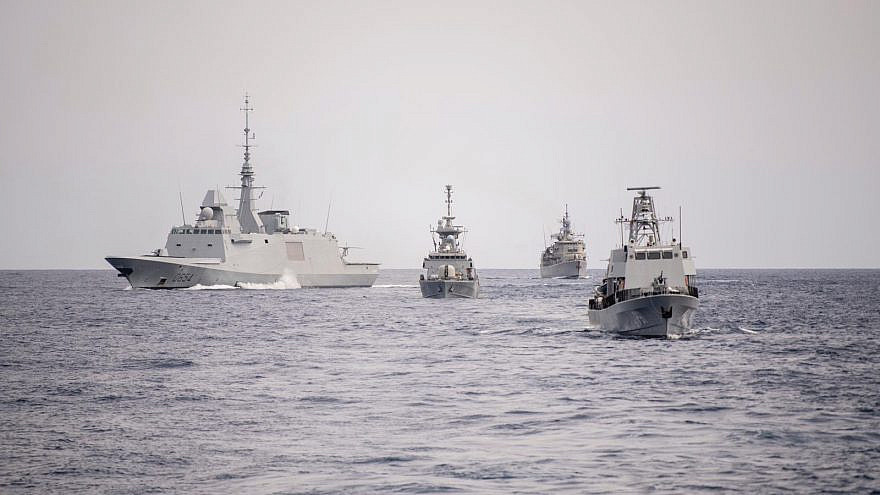 (March 14, 2021 / JNS) Israel carried out a joint naval exercise on Friday with Greece and Cyprus, the Israeli military said in a statement.

The drill, called “Noble Dina,” took place in the Mediterranean Sea to the west of Cyprus and was led by the Israeli Navy.

“Israeli Navy vessels simulated different scenarios alongside Greek, French and Cypriot fleets and strengthened the cooperation between the navies,” said the statement.

The drill comes amid tensions with Turkey over the control of energy resources in the Mediterranean.

Israel, Cyprus and Greece signed a Memorandum of Understanding (MoU) earlier this month regarding a project to link their power grids via the construction of the world’s longest and deepest undersea power cable.