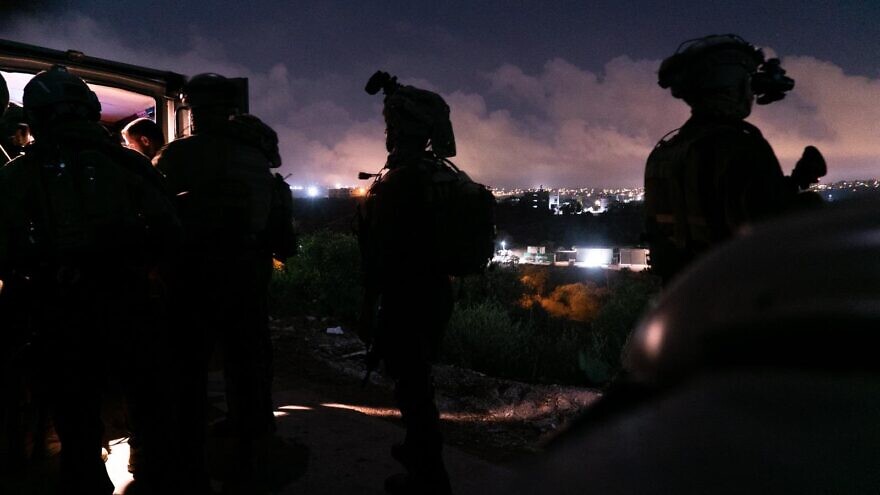 (September 14, 2022 / JNS) An Israeli soldier and two Palestinian gunmen were killed overnight Tuesday in a gun battle near the Gilboa crossing in northern Samaria, according to the Israel Defense Forces.

The officer, whose family was informed of his death, has been identified as Maj. Bar Falah, deputy commander of the IDF’s elite Nahal Brigade Reconnaissance Battalion.

“Bar was a dedicated soldier, who fought terror and led his troops until his last hour. The operation in which he was killed thwarted a major terrorist attack and saved lives,” said Israeli Prime Minister Yair Lapid on Wednesday.

“We feel the pain of his loss together. … May Bar’s memory be a blessing,” he added.

The incident began when Israeli troops spotted two Palestinians crossing the security barrier and dispatched a force to intercept them, the military said in a statement. The force flanked the infiltrators and initiated an arrest protocol, at which point the terrorists fired on the Israeli forces, who returned fire, killing both gunmen.

Israeli media named the two Palestinian assailants as Ahmed Abed, reportedly an officer in the Palestinian Authority security services, and Abdul Rahman Abed, both from the village of Kafr Dan near Jenin.

According to the reports, the head of the IDF’s Judea and Samaria division, Brig. Gen. Avi Bluth, said that the two were armed with a “Carlo”-style submachine gun and another semi-automatic weapon. Bluth added that the two were likely planning to ambush Israeli troops.

Less than 24 hours earlier, an Israeli Defense Ministry engineering vehicle was struck by gunfire near the same crossing, according to the IDF.