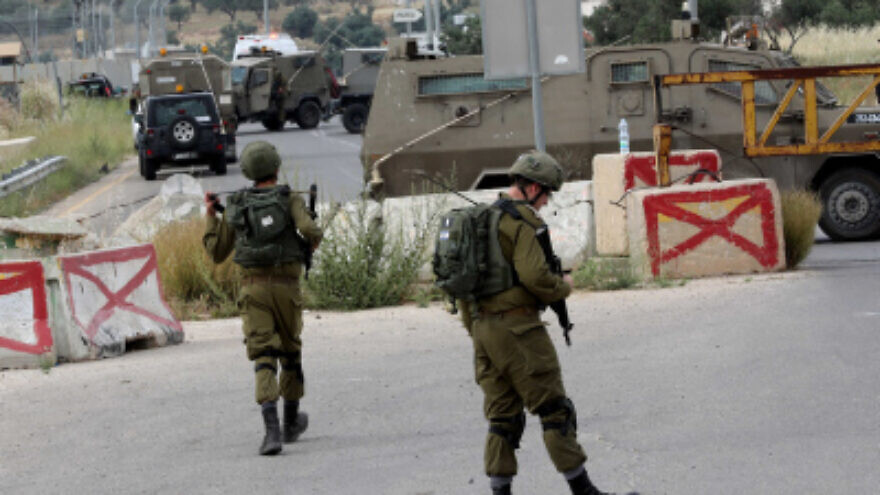 Israeli soldiers at the scene of what the Israeli military said was a deliberate car ramming attack, near the Hebron Hills in the West Bank, on May 14, 2020. Photo by Wisam Hashlamoun/Flash90.
Spread the word.
Help JNS grow!
Share now:

(May 31, 2020 / JNS) Israel Defense Forces troops on Friday shot and killed a Palestinian that had attempted to run them over with his vehicle, according to the military.

The attack took place north of Ramallah in Judea and Samaria, according to the AP. No Israeli casualties were reported.

Palestinians have attempted to carry out a series of attacks against Israeli forces in recent weeks.

The development comes days after P.A. chief Mahmoud Abbas declared that he was no longer obligated to uphold previous agreements with Israel, including security coordination, in response to declared intentions by Israeli Prime Minister Benjamin Netanyahu to apply Israeli law to sections of Judea and Samaria.