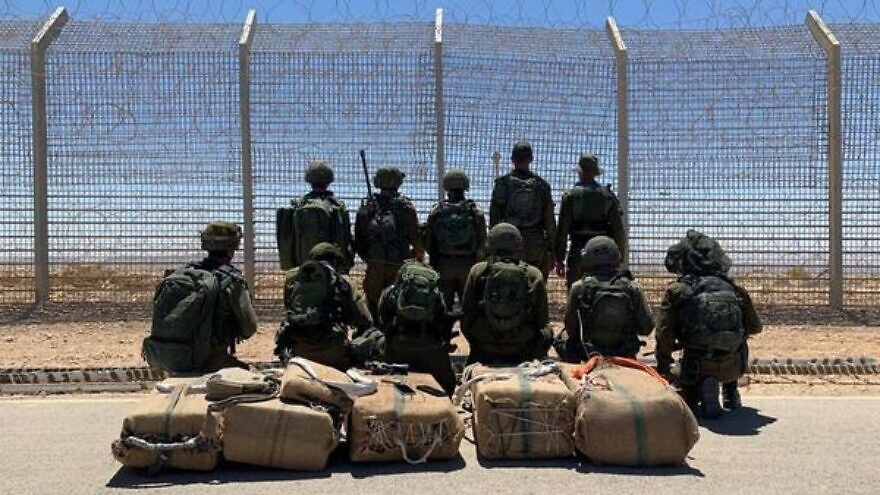 (May 26, 2022 / JNS) The Israel Defense Forces announced on Wednesday that it had thwarted an attempt to smuggle narcotics worth 1 million shekels, an estimated $300,000, into the country from Egypt.

IDF forces seized 105 kilograms of drugs and night-vision goggles, and arrested one suspect, the IDF said in a statement.

On April 24, Israeli security forces seized 200 kilograms of narcotics at the Israel-Egypt border, worth an estimated 4 million shekels ($1.2 million).

Once largely the domain of police, the IDF has increasingly become involved in such incidents in recent years, out of concern that if the drug smugglers can reliably infiltrate the border, terrorists would be quick to follow.