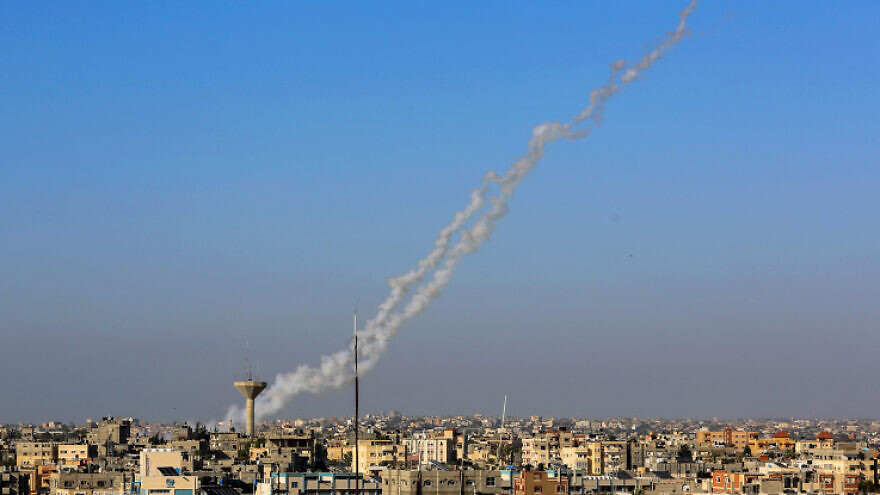 Smoke trails are seen as a rocket is launched at Israel from Rafah in the southern Gaza Strip on May 4, 2019. Photo by Abed Rahim Khatib/Flash90.
Spread the word.
Help JNS grow!
Share now:

“IDF fighter jets, helicopters and tanks shelled underground infrastructure and military positions of the Hamas terrorist organization in the Gaza Strip. The attack was carried out in response to rocket fire from the Gaza Strip into Israeli territory,” the military said in a statement.

The rocket attack came just days after the one-year anniversary of the elimination by Israel of senior Palestinian Islamic Jihad operative Bahaa Abu al-Ata. On Nov. 11, the day before the anniversary, the IDF deployed additional Iron Dome batteries to southern Israel, and airline approach vectors were altered.

Sirens warning of incoming rocket fire were heard in Ashdod and Kibbutz Palmachim in the south, as well as in several cities in central Israel.

No Israeli casualties or damage were reported.

“The IDF conducts ongoing situation assessments and acts decisively against any attempt at terrorist activity against the citizens of the State of Israel and the violation of its sovereignty,” said the statement.