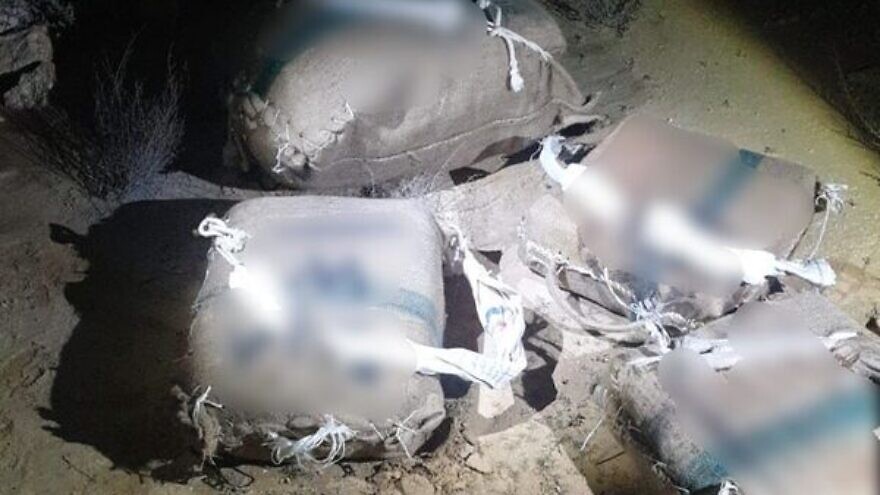 Spotters identified several suspects near the border, and Israeli forces alerted to the scene seized some 100 kilograms of narcotics worth an estimated 2 million shekels (about $642,000) the military said in a statement.

The last major drug bust reported by Israel on the Egyptian border was on December 2021, when the IDF intercepted a 120 kg (265) shipment of marijuana and
cocaine worth $650,000 dollars in the same region.

On Nov. 20, it seized some 120 kilograms of cocaine and marijuana worth tens of millions of shekels.

The day before that, on Nov. 19, Israeli forces spotted a suspicious individual near Metula in northern Israel. The suspect managed to flee, but troops seized 41 packages of narcotics, as well as a store of ammunition, worth hundreds of thousands of shekels, according to the IDF.

The IDF recently implemented a series of steps to combat increased drug trafficking attempts in the south. In November 2021, it updated the rules of engagement to allow soldiers more freedom to fire on smugglers on the Israel-Egypt border. Other measures include coordination with Egyptian law enforcement, advanced training exercises and the establishment of a joint IDF-Israel Security Agency operations room, according to Ynet.

The measures appear to have significantly reduced drug flow into Israel. Data provided by the IDF Spokesperson’s Unit shows that the volume of drugs entering Israel through the Egyptian border decreased from 70 tons in 2019 to 21 tons in 2021.