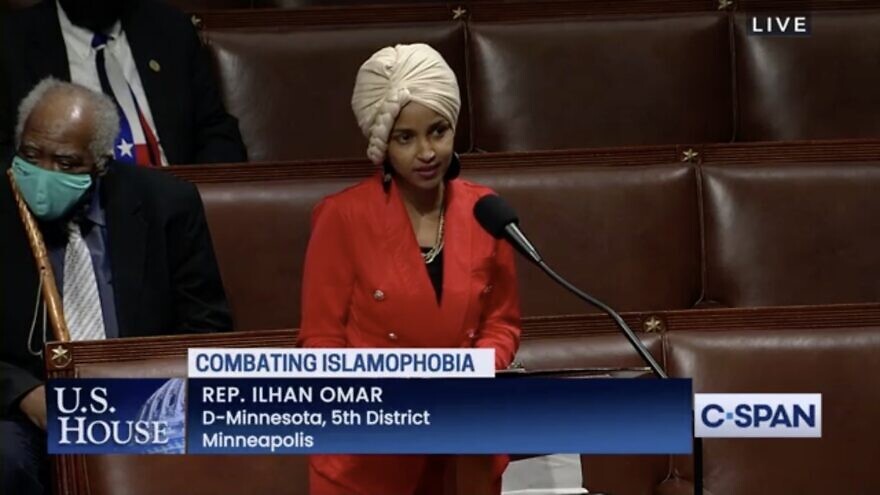 “Swalwell can’t get a security clearance in the private sector. I’m not going to give him a government clearance,” McCarthy said. “Schiff has lied too many times to the American public. He should not be on Intel.”

McCarthy has previously argued that Omar should be stripped of her committee seat for her history of antisemitic comments.

“Look at Congresswoman Omar, Her antisemitic comments that have gone forward. We’re not going to allow her to be on Foreign Affairs,” McCarthy previously vowed during an appearance on Fox News Channel’s “Sunday Morning Futures.”

Omar’s antisemitic and anti-Israel comments include when she accused the Jewish state of having “hypnotized the world,” accused Jews of buying control of Congress, called Israel an “apartheid state” and likened Israel to the Taliban and Hamas terrorist groups.

The Zionist Organization of America (ZOA) supported McCarthy’s repeated promise to remove Omar from the committee.

“ZOA applauds Speaker Kevin McCarthy for following through on his commitment,” ZOA National President Morton Klein said in a statement. “Jew-hatred and unwarranted Israel-bashing are dangerous not just to Israel, but to the United States. They undermine the safety of American Jews in the streets of our cities and on college campuses, and they corrode the fabric of our society.”

Klein went on to say that Omar’s removal sends a powerful message that antisemitism will not be tolerated and urged McCarthy to take the same action against Rep. Rashida Tlaib (D-Mich.) “as punishment for her bigotry as well.”

McCarthy’s pledge to remove Omar has previously been applauded by other pro-Israel groups including the American Israel Public Affairs Committee, B’nai B’rith International and the Republican Jewish Coalition.