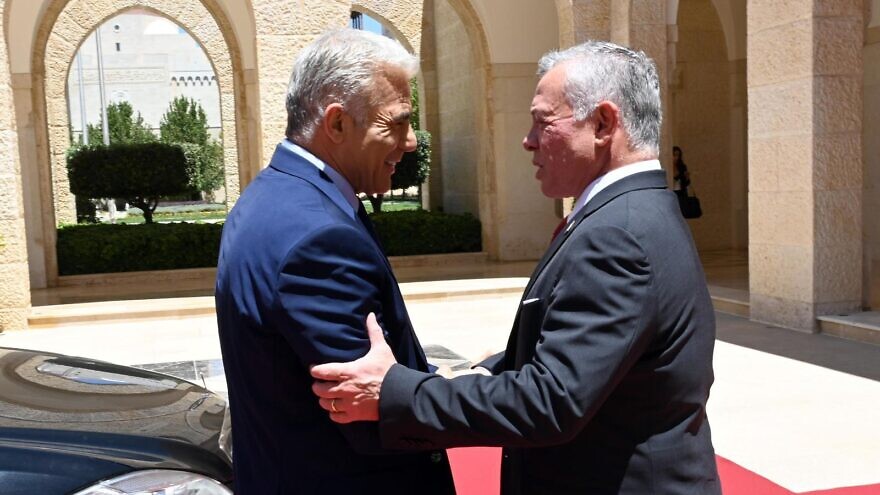 During the meeting, which Lapid’s office characterized as “long and warm,” the two leaders discussed bilateral relations, as well as the recent visit to the region of U.S. President Joe Biden and the resulting possibilities and opportunities, including the seemingly changing “regional architecture.”

Among the specific projects discussed were the Jordan Gateway Industrial Park, the construction of solar-power facilities and desalination facilities in Israel, joint tourism in the Gulf of Eilat-Aqaba, food security, agriculture and transportation links.

According to Reuters, Abdullah II told Lapid that the Palestinians should be part of U.S.-sponsored regional economic projects geared towards fostering stability.

The report added that Jordanian officials have been pressing Jerusalem to include the Palestinians in potential water-for-energy deals that could be financed by Gulf states.

During a visit to Jordan in April by Israeli President Isaac Herzog, the Jordanian monarch proposed that the two countries set up a joint wheat reserve and food-storage center.

The proposal, which came against the backdrop of Russia’s invasion of Ukraine in February, called for the setting up of joint reserves each country could draw from should it find itself in distress, and that could be expanded to include Egypt and the Palestinian Authority.