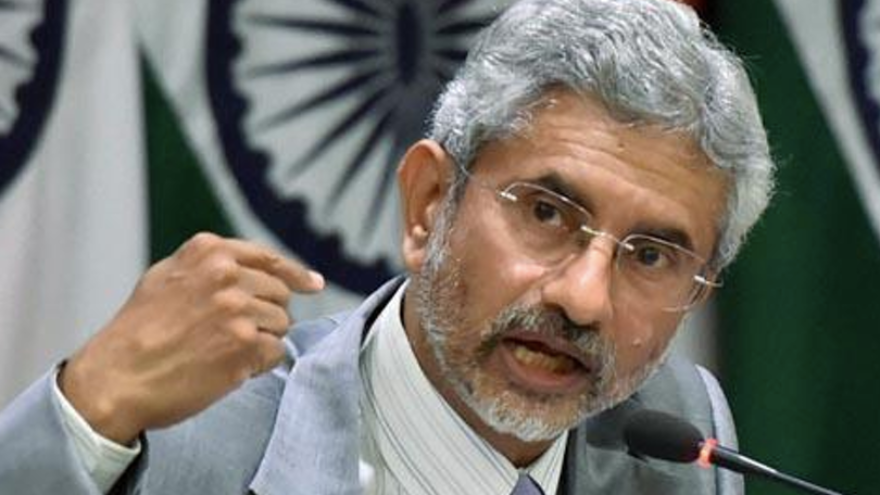 (October 27, 2021 / JNS) India’s external affairs minister met on Tuesday with the presidents and senior leadership of Israeli universities to discuss the expansion of academic ties between the two countries.

Dr. Subrahmanyam Jaishankar also met with a group of Indian students studying in Israel to hear about their experiences and suggestions on how to expand student mobility, according to a press release from Tel Aviv University (TAU), which hosted the meetings. Currently there are some 1,000 Indians studying in Israel, around half of them post-doctoral students.

The minister said that the universities played a “significant role” in strengthening bilateral relations between the two countries, and that much potential remains to boost ties in many fields, including technology and innovation. India, he said, is “committed to finding new ways to expand our relationship,” and “the challenge before us is how to scale it up and shift it to the next gear.”

Noting the upcoming 30th anniversary of diplomatic relations between the two countries, TAU President Ariel Porat said that his university views India as a “strategic priority.”

“We see great potential in expanding our partnerships with leading academic institutions and industry in India,” he added.

Roohi Chaudry, a PhD student in the field of cancer biophysics, said that “studying at TAU and Israel has helped me to gain insight into so many diverse cultures and take a giant leap out of my comfort zone to unravel endless opportunities.”

She applauded the minister’s visit and called for “more student exchanges in the future, which will prove to be a testimony in strengthening Indo-Israel relations.”