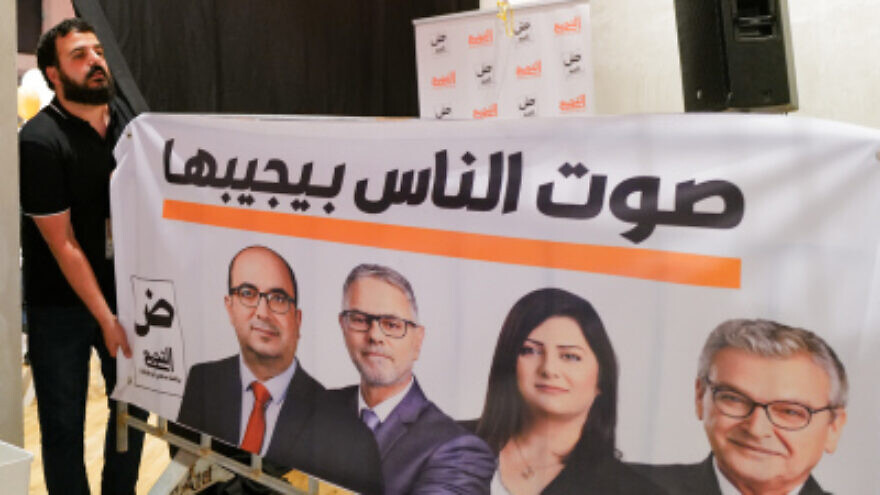 (November 3, 2022 / JNS) Communal strife is common in the Arab world and is rooted in tribalism, which has led to numerous Arab defeats throughout history.

The latest example is the elimination of the radical pan-Arab Balad Party from the next Knesset.

Shaheen Sarsour, a former adviser to a number of Arab Knesset members, told JNS that the breakup of the Joint List caused the Arab parties to lose around four seats in the legislature.

“They thought that pushing Balad out would open the way for them to join or support from the outside a left-wing coalition led by outgoing Prime Minister Yair Lapid and [Defense Minister] Benny Gantz,” he said.

Phillip Carl Salzman, a professor emeritus of anthropology at McGill University in Montreal, writes in his book Culture and Conflict in the Middle East that factionalism is the norm in the Arab world, where there is constant conflict and fragmentation into smaller groups that are at odds with one another.

The Joint List of Arab parties, created in 2015 to unite all Arab parties, reached its peak of success in 2020 with 15 seats in the Israeli legislature.

However, in 2021, the Islamic Movement’s political party, the United Arab List (also known by its Hebrew acronym, Ra’am) party, left the Joint List and ran alone, leading to its participation in a left-wing government led by current caretaker Prime Minister Naftali Bennett.

“Arab politics returned to its three-party structure, as was the case 10 years ago before the threshold [for entrance to the Knesset] was elevated from 2 to 3.25% [of the total vote],” Arik Rudnitzky of the Israel Democracy Institute and Tel Aviv University’s Moshe Dayan Center for Middle Eastern and African Studies told JNS.

This election cycle, Arab parties maintained their collective representative, but with one fewer party in the Knesset, he explained. In the outgoing Knesset, the Joint List (composed of Hadash, Ta’al and Balad) has six seats and the United Arab List four.

The incoming Knesset will also have 10 seats for the Arab parties, with the Hadash-Ta’al alliance holding five seats and the United Arab List five. However, they lost out on four additional seats almost won by Balad.

Suppose Balad had reached the threshold—or ran together in the Joint List—and the far-left Meretz Party also made it in. That scenario could have complicated former Prime Minister Benjamin Netanyahu’s chances of forming a governing coalition.

Sarsour said, “The Arab parties need to learn that they must unite in order to maximize their strength and reach 15 or 16 mandates.

“The results show that Israel is shifting to the right because of the Palestinian issue and the wish of the Jewish majority to maintain a Jewish and democratic state,” he added.

Arab party plans for the future

“The next election will likely take place in another four years, so it is too early to tell if there will be a Joint List that includes Balad,” said Rudnitzky.

Balad will take its time to reorganize its ranks. However, it will not give up on rejoining the parliamentary arena.

Balad and Hadash-Ta’al each accuse the other of responsibility for the breakup of the Joint List. Rudnitzky said it appears that Hadash was responsible for the split that forced Balad to run independently.

“Still, the blame is not on the party leaders; rather, the responsibility is in the hands of the public. The voters could have sent Balad to the Knesset, but it appears close is not enough,” said Rudnitzky.