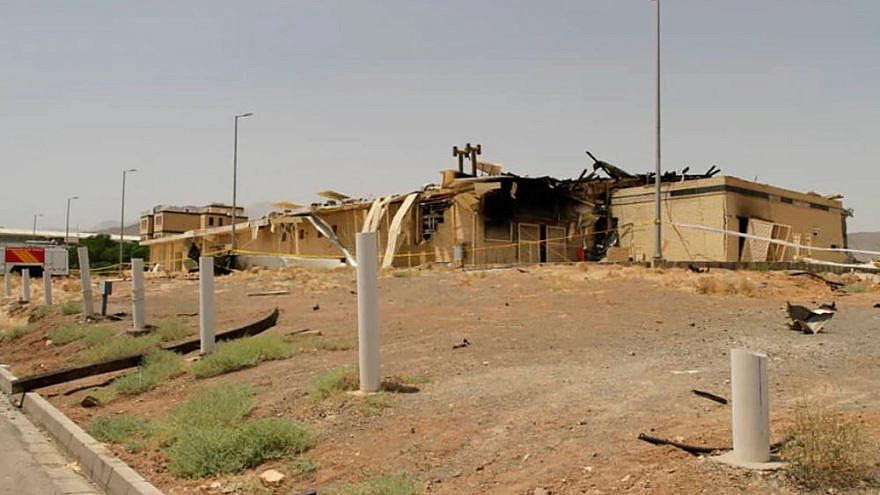 According to a report on July 29 released by the Middle East Media Research Institute, the video appeared on the Bisimchi Media Telegram channel, which is linked with the IRGC.

Titled “When will Iran’s nuclear bombs wake up from their sleep?” the message said that in the event of an Israeli or Western strike on the more vulnerable Natanz nuclear site, the fortified Fordow nuclear site would activate “Project Emad” and immediately enter “battle preparedness” mode, converting its “peaceful” nuclear program into an “atomic military program.”

The video claimed this would make Israel and the West’s “nightmare a reality in the blink of an eye.”

It also threatened that if the United States conducted “hostile measures” against Iran’s nuclear program, then Iranian intercontinental ballistic missiles—developed via the country’s space program—would convert New York into a “pit of wreckage from hell.”

Iran has not yet officially unveiled any ICBMs in its missile inventory, but the country’s space program uses ballistic-missile technology to launch spy satellites into orbit around the earth. It is seen by observers as a guise for the development of future intercontinental Iranian ballistic missiles, which could threaten Europe in the first stage and potentially North America in later development stages.