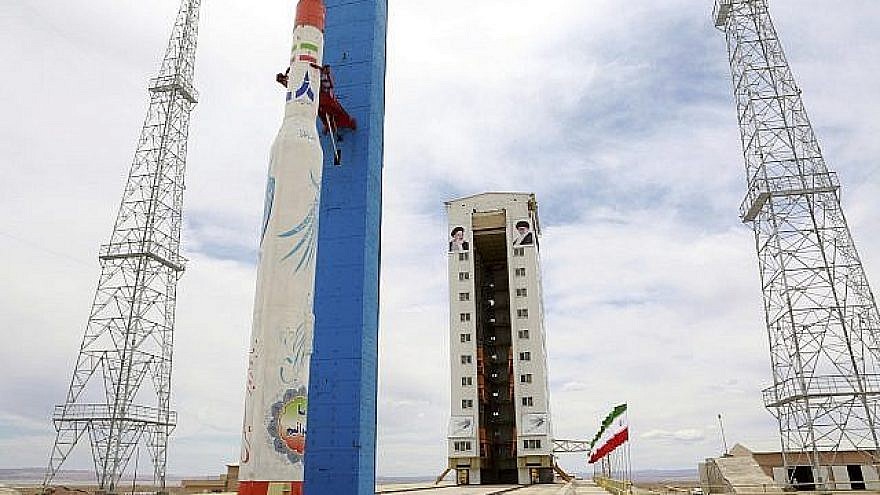 (April 22, 2020 / JNS) Iran’s Islamic Revolutionary Guard Corps announced on Wednesday that it had put its first military satellite, called “Noor,” into orbit in a surprise launch.

According to the official IRGC website, the satellite successfully reached an orbit 425 kilometers (264 miles) above the Earth’s surface, reported the AP.

Iran has failed to launch several satellites in recent months amid claims by the United States that such launches are in violation of a U.N. Security Council resolution.

The United States has called on Iran to refrain from working on ballistic missiles capable of delivering nuclear weapons. Along with European nations, America is concerned that Iran is using its space program as cover for its ballistic-missile program.

The latest Iranian launch comes at a time of increased tensions between the United States and Iran, with U.S. President Donald Trump saying on Wednesday that he had ordered the U.S. Navy to fire on Iranian gunboats that harass its ships.

“I have instructed the United States Navy to shoot down and destroy any and all Iranian gunboats if they harass our ships at sea,” he tweeted.

The U.S. military said last week that 11 IRGC vessels had come dangerously close to U.S. Navy and Coast Guard ships in the Gulf.