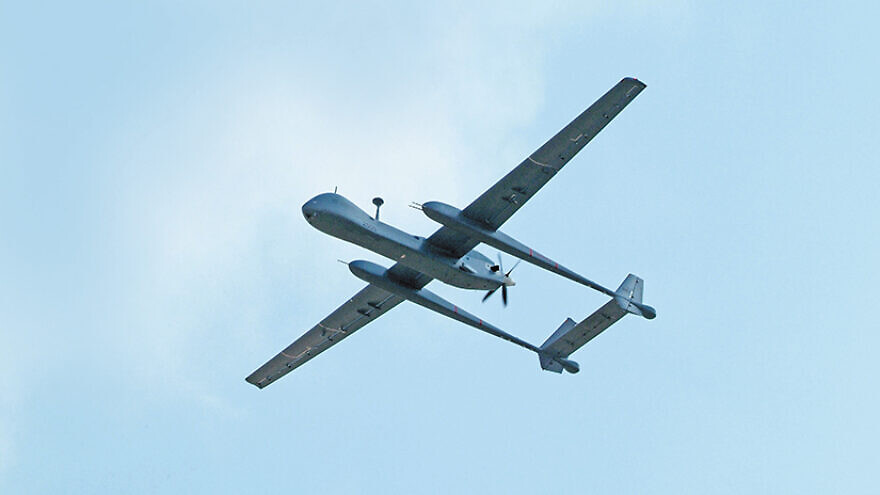 (July 12, 2021 / JNS) Israel Aerospace Industries (IAI) is set to showcase a range of its advanced defense solutions at an upcoming defense exhibition in Greece.

According to a statement by IAI, the company will display its Barak MX air- and missile-defense system, loitering munition (suicide drone) capabilities, Multi-Mission Radars and additional solutions at the DEFEA Exhibition, to be held from July 13 to 15 in Athens.

The Israeli Defense Ministry leased a naval version of IAI’s Heron unmanned aerial vehicle (UAV) to Greece in 2020 for a period of more than three years, with an option of purchasing the platform after the leading period.

The Heron UAV carries maritime patrol radars, satellite communications and other payloads, and is capable of extended flight endurance for missions such as sea protection, shore surveillance, search and rescue, and more.

IAI’s Barak MX system is designed to deal with multiple simultaneous aerial threats from different sources and different ranges. IAI’s Multi-Mission radars, which are in operational use in Israel and around the world, detect, classify and calculate the level of aerial threats. The radar “provides essential data that enables systems to neutralize multiple threats simultaneously,” according to IAI.

Additional products that will go on display include the Harpy and Harop loitering munition designed to strike enemy targets such as radars.