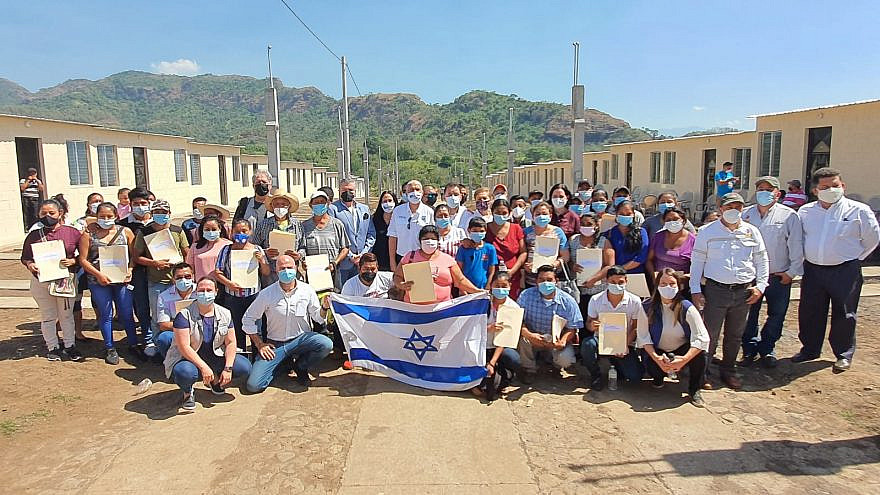 (February 10, 2021 / JNS) Israel’s embassy in Guatemala recently finished its housing development in the town of Escuintla for families whose homes were destroyed in the 2018 Fuego volcano eruption.

On Jan. 31, Israel’s Ambassador to Guatemala and Honduras Mattanya Cohen personally handed over the deeds to all 39 families receiving new houses. The homes sit on “Jerusalem Capital of Israel Street,” the 19th street in Guatemala with that name.

“The State of Israel promised, and we are happy,” said Cohen in a statement. “Israel will always continue to assist our friend and ally Guatemala.”

Israel and Guatemala have seen growing ties in recent years. In May 2018, Guatemala moved its embassy to Jerusalem just two days after the United States opened its own mission in the city, which was recognized as and declared Israel’s capital by the Trump administration in December 2017.

The blast in June 2018 killed more than 190 people—more fatalities than any previous activity caused by Fuego, which is one of Central America’s most active volcanoes.