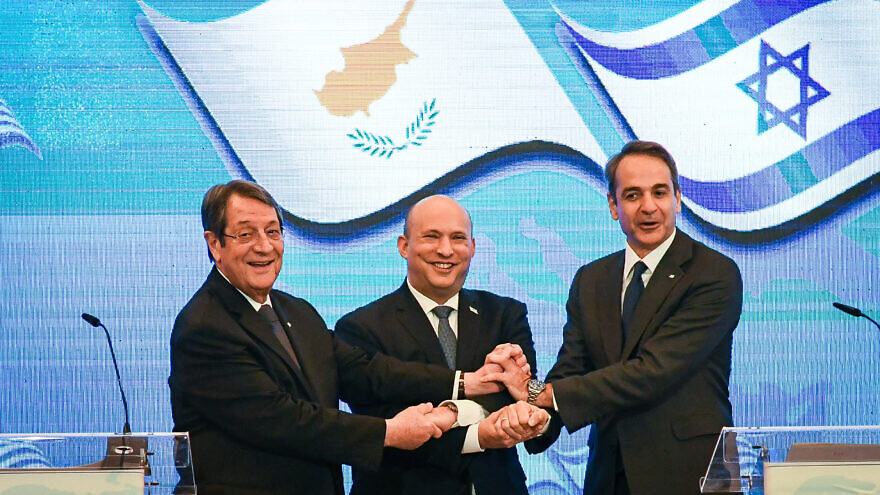 (January 27, 2022 / JNS) Israel, Cyprus and Greece will get 657 million euros (more than $730 million) from the European Union to construct a 2,000-megawatt undersea electricity cable to link the power grids of the three nations, said Cypriot Energy Minister Natasa Pilides on Thursday.

Pilides said the investment would allow construction to begin on the cable that connects Cyprus with the Greek island of Crete at the cost of 1.6 billion euros ($1.8 billion), reported the AP.

She said it would ensure energy security in her country and help it transition to a greener economy.

Cypriot President Nicos Anastasiades said the cable “tangibly underscores the significance of the three-way cooperation between Cyprus, Greece and Israel. This is a significant landmark regarding the three countries’ strategic choices which upgrades the region’s energy goals.”

The three countries signed an agreement in October to speed up the project. Called the Eurasia Interconnector, it could replace plans for a pipeline connection among them to transfer gas, according to the report.