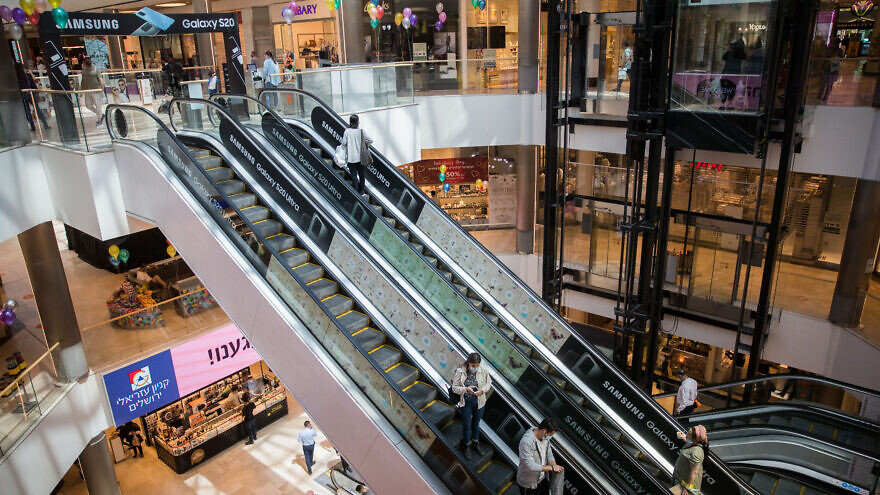 People at the Malha Mall in Jerusalem after it reopened according to the new Israeli government orders, May 7, 2020. Photo by Yonatan Sindel/Flash90.
Spread the word.
Help JNS grow!
Share now:

(December 16, 2021 / JNS) The proposal to implement the “Green Pass” mandate for shopping malls was planned to go into effect on Friday but was delayed since the cabinet meeting failed to reach an agreement.

“There are many arguments and objections behind the scenes; there are tough conversations with the shopping mall [store] owners, which involve legal threats,” Ynet news quoted some ministers involved in the discussions as saying.

Another source said that the government still is looking to implement the measure.

A government source told Ynet that Israeli Prime Minister Naftali Bennett wanted to make the “Green Pass” mandate stricter, but other ministers argued against it. Israel’s Ministry of Economy and Industry argued for the malls simply to limit the number of people allowed in stores instead of implementing the pass.