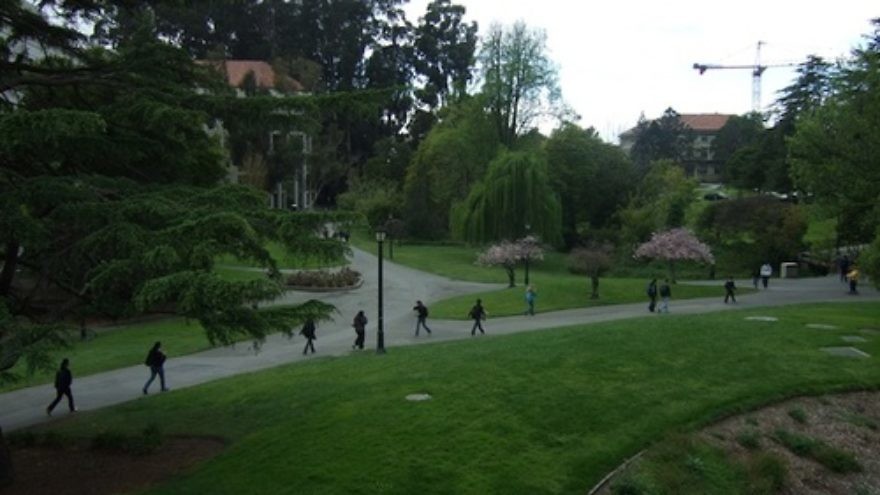 April’s Israel divestment vote at the University of California, Berkeley (UC Berkeley) is just the latest unfortunate expression of how hateful an environment the anti-Israel movement can create for Jewish students and supporters of Israel on campus. I witnessed this firsthand during my four years as an undergraduate at UC Berkeley from 2007-2011.

In 2010, when the last similar initiative was proposed before the ASUC (UC Berkeley’s student government body), urging the University of California Regents to divest funding from companies doing business with Israel, it was only the culmination to years of hostility against pro-Israel students.

As founding members of Tikvah Students for Israel, the Zionist voice on campus, my colleagues and I were targets for hate. We were spat on. Our signs were blocked and ripped at protests. We were called “Nazis,” “kikes,” “baby killers,” “Christ killers,” and “dirty Jews.” Swastikas were scrawled across dormitory walls and signboards. Jewish students were physically assaulted at a pro-Israel concert. A pro-Israel student senator was voted out of office based on false charges. A filled shopping cart was rammed into a young woman because she was holding up a sign that read, “Israel wants peace.” Israel was libelously compared to Nazi Germany and apartheid South Africa. The Israeli flag was trampled and used as an ashtray. During lectures, some professors screened films that justified Palestinian suicide bombings against Israeli civilians.

Given this history, I thought I knew what to expect when an Israel divestment measure was again introduced to UC Berkeley’s student government. But divestment is never short of nasty surprises.

The acclaimed author and civil rights activist Alice Walker was one of the first speakers during the hearing on last month’s Israel divestment measure. Though her work in the civil rights movement is laudable, her refusal to allow her seminal book The Color Purpleto be translated into Hebrew, thereby deliberately withholding from only one group the very literature that can spur change, was a shameless act of bigotry. Rabbi Lynn Gottlieb of Jewish Voice for Peace called on the UC Berkeley student senate to disregard the Jewish voices in the crowd that did not support Israel divestment, because she claimed that a majority of Jews had supported slavery, too.

Most other commentators at the hearing were UC Berkeley students. Sadly, their discourse was no less extreme. That same day, hours earlier, anti-Israel protesters and Israel divestment supporters had gathered on the campus’s Sproul Plaza and chanted, “From the river to the sea, Palestine will all be free,” a slogan that calls for erasing Israel from the map and ending self-determination for the Jewish people.

When the president and vice president of Tikvah Students for Israel mentioned the incident and the anti-Israel chant in their speeches before the student senate, many in the audience cheered for the chant. When an alumna mentioned her harrowing experiences of being told by anti-Israel students that her family in Israel deserved to be murdered by terrorists, there were laughs and snaps of approval. Among the most vociferous pro-divestment speakers was the student who brought Louis Farrakhan, who preached anti-Semitic and homophobic vitriol, to UC Berkeley a year before.

But by far the most ludicrous and horrifying moment was when an Israel divestment advocate insinuated that Israeli soldiers sexually violate Palestinian women with rats. Seriously? This was a whole new level of libel that should have shocked even the Israel divestment activists in the room, but it didn’t seem to.

The Israel divestment bill itself was filled with baseless accusations against Israel. It called for the University of California Regents to remove funding from Caterpillar, Hewlett-Packard and Cement Roadstone Holdings—the latter two because they provide Israel with security technology. Israel’s security fence and checkpoints were condemned as illegitimate, malicious impositions. No context whatsoever was included as to why Israel needs to take such precautions. The massive physical and psychological damage caused by the Second Intifada was largely ignored or dismissed. An amendment was proposed to recognize the daily hardships caused by the security fence and checkpoints, but also the massive decrease in terrorism that occurred after these measures were put in place. This amendment was voted down.

Also denied were amendments that supported a two-state solution to the Israeli-Palestinian conflict and called for recognizing Israel as the homeland and state of the Jewish people. When it came to Jews, indigenous rights to Israel dating back thousands of years were not on UC Berkeley’s agenda, unlike the support and sympathy accorded to all other liberation movements.

Many in the Jewish and pro-Israel communities felt marginalized by the false accusations that hid Israel’s narrative and reasoning and declared one side of the story to be wholly correct, just, and endorsed by the UC Berkeley student government in the name of an entire student body. The rejection of these more fair-minded amendments further reinforced such feelings.

Ultimately, the Israel divestment measure passed in an 11-9 vote. Such a close margin indicates just how divided the campus was on this bill. UC Berkeley Chancellor Robert Birgeneau thankfully released a statement that this vote would not affect the UC Regents’ policy on investing in Israel. Thus, Connor Landgraf, the student government president, could have executed his veto power to defeat a bill that was purely symbolic. He did not. His predecessor Will Smelko did veto the Israel divestment measure in 2010.

Behind the scenes, the venom from the pro-divestment, anti-Israel crowd was no less corrosive. During the meeting itself, among many other ad hominem attacks, UC Berkeley Students for Justice in Palestine’s Twitter released an infantilizing and racist tweet, “The ZiZis are literally white people crying about their privilege, lol,” a slap in the face to the many students of color who had opposed Israel divestment and expressed their opinions.

In the aftermath of the vote, several senators who had voted against Israel divestment were verbally abused. They were subjected to epithets such as “baby killers,” “accomplices to genocide,” and, according to UC Berkeley’s student newspaper, even death threats. There were even more dirty deeds: One pro-divestment senator slipped student government president Landgraf a scrawled note with the tantalizing offer to drop charges against him from an entirely different senate case if he opted not to veto divestment.

I have to think back to the statement University of California, San Diego student government president Meggie Le made after Israel divestment passed there a month ago: “Was it all worth it? The answer is no.”

Those who advocated for divestment at UC Berkeley ought not to be called “pro-Palestinian.” They excuse or justify Palestinian extremists’ self-destructive terrorism against Israeli civilians, and are silent about the appalling crimes committed by the Hamas and Fatah leadership against their own people. They selectively ignore more than a half-century of the degradation of Palestinians, often enshrined in law, by countries across the Middle East.

Instead, guilty of omission, they function solely to ensure that Israel wrongly becomes an anathema to their fellow students. This is accomplished through such initiatives as the one that hit the UC Berkeley senate floor last month, an initiative whose supporters wore their true feelings on their sleeves during that heartbreaking night.

For those divestment supporters, Israel is the whipping boy, the scapegoat laden with their own sins of bigotry and moral blindness.

Matthew White, UC Berkeley Class of 2011, is the Campus Professional for the pro-Israel education group StandWithUs.