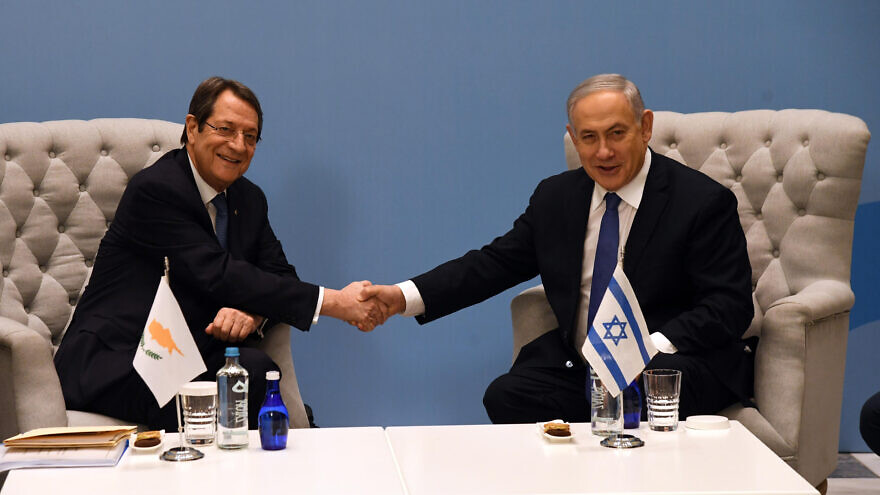 (January 2, 2020 / JNS) Israeli Prime Minister Benjamin Netanyahu, Greek Prime Minister Kyriakos Mitsotakis and Cypriot President Nicos Anastasiades met on Monday in Athens in a seventh trilateral at which an agreement was signed for the $7 billion, 1,180-mile EastMed gas pipeline that will run from Israel through Cyprus and Greece to Europe.

Under the agreement, Israel and Cyprus will jointly export natural gas from their offshore wells through Greece and Italy to the rest of Europe. Though Italy did not attend the summit, it is expected to sign the agreement in the near future.

“This is a historic day for Israel because Israel is rapidly becoming an energy superpower—a country that exports energy,” said Netanyahu at the ceremony.

“Just days ago, we opened the Leviathan gas field, and it is producing enormous yields. But with the exportation that will become possible via this pipeline, we will be able to provide hundreds of billions of shekels in revenue to the citizens of Israel—for their welfare, for health, for the young people and the elderly, for everyone.”

“This is also a historic day because the cooperation between Greece, Cyprus and Israel is growing stronger,” he added. “This is a true alliance in the Eastern Mediterranean that is economic and political, and it adds to the security and stability of the region. Again, not against anyone, but rather for the values and to the benefit of our citizens.”