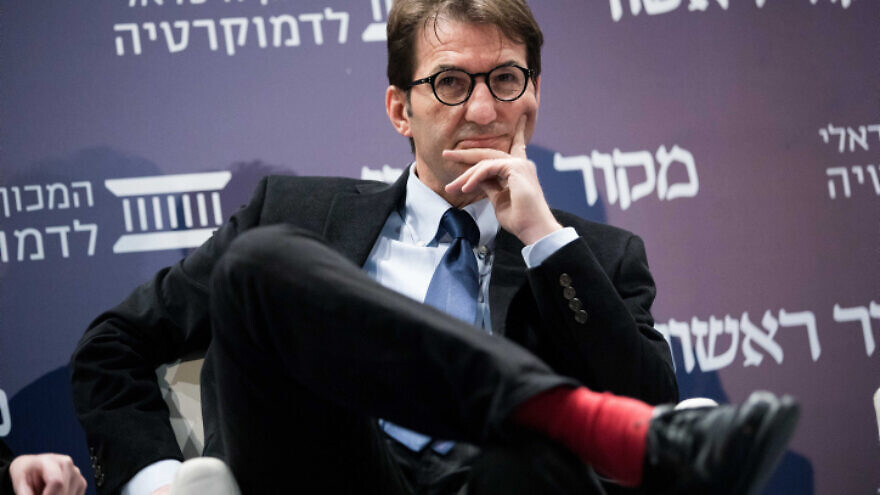 Bismuth has worked at the newspaper since 2008, serving as a foreign correspondent, foreign affairs editor and senior analyst. In May 2017, he was appointed editor-in-chief.

For 14 years, from 1990 to 2004, Bismuth served as the correspondent for Yedioth Ahronoth in Paris. He was then appointed as Israel’s ambassador to Mauritania, where he served from 2004 to 2008.

Bismuth was a regular member of the Friday night news panel on Channel 12 News, where he was often the lone conservative voice.

A permanent successor has not yet been appointed, although Omer Lachmanovitch, editor of the newspaper’s weekly political supplement, has been named temporary editor-in-chief.

“For almost five years, I’ve been head of the number one newspaper in Israel. These have been challenging, exciting, years full of events and activity,” said Bismuth.

“It’s been an honor to be part of events large and small. From the Oval Office at the White House to the historic peace accords with Arab states, to changes in Israel, ‘Operation Guardian of the Walls,’ the arrival of Jonathan Pollard, the COVID pandemic.

“And yes, even major sports events, from gold medals for Israel at the Olympics to soccer fields in Israel (Maccabi Tel Aviv!) and the world (Liverpool!). Above all, celebrating Israel’s achievements, first and foremost the opening of the American Embassy in Jerusalem. We are here, all of us, and the future will be even more glorious.”

After nearly five years in the position, said Bismuth, “I feel that I’m done. I’ve given everything I have, and now I’ve set new goals. I would like to thank the Adelson family, Israel Hayom publisher Dr. Miriam Adelson and the late Mr. Sheldon Adleson, for putting the paper in my hands.”

Bismuth also expressed his gratitude to the paper’s employees, ” for their hard work and effort and their contribution to the achievements of Israel Hayom. I wish the paper and those who work there success.”

Dr. Miriam Adelson said, “Boaz Bismuth did an excellent, devoted job. As chief editor of Israel Hayom, Boaz secured a record number of interviews with former U.S. President Donald Trump, and gave readers reliable, high-quality reporting. Bismuth also contributed to the paper by bringing it ahead digitally, in Hebrew and in English, and these are only the tip of the iceberg of his successes as editor of the paper. It’s time to say thank you and ‘Well done.'”

“I thank Boaz for the five years of activity and friendship and wish him success in the future. Israel Hayom will continue to be the best, most distributed paper in Israel, and we will announce Boaz’s successor later. Until then, weekend supplement editor Omer Lachmanovitch will fill in,” she said.

This article first appeared in Israel Hayom.
Republish this article in your newspaper or website