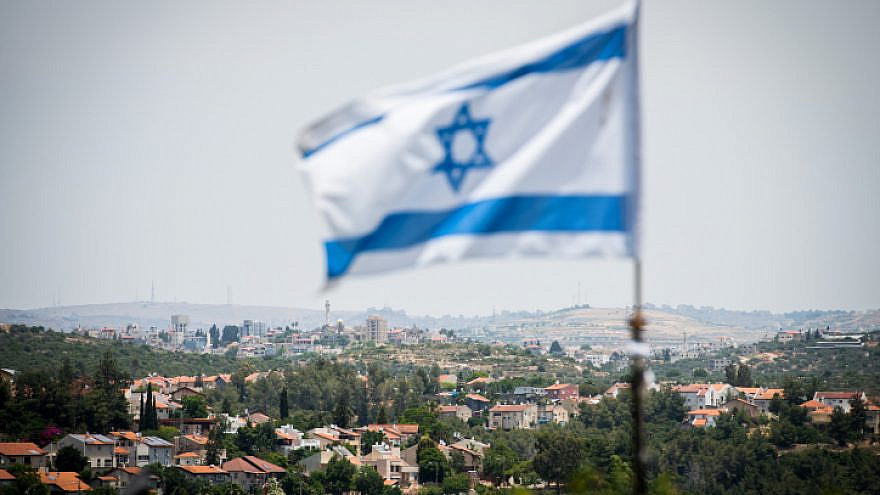 (February 2, 2021 / JNS) The latest edition of the “West Bank Jewish Population Stats Report,” commissioned annually by former Member of Knesset and National Union Party head Yaakov “Ketzaleh” Katz, shows a 2.62 percent growth in 2020, and a 17 percent in growth in the past five years, in the number of Jews who live in Judea and Samaria, more commonly known as the West Bank. According to the report, some 475,481 Jews currently call these regions home.

The statistics do not take into account the more than 325,000 Jewish residents of Old City Jerusalem or the eastern neighbors of the capital city, who are also viewed as living over the so-called “Green Line,” or 1949 armistice lines, in towns and neighborhoods established since Israel’s victory in the 1967 Six-Day War.

Katz, who began to document West Bank population statistics in 2009, told JNS that “the statistics are important because they show that our presence in these areas in the biblical heartland is irreversible.”

Referring to those who believe that Israel must relinquish some land to the Palestinian Authority for “peace” or in order to create an official Arab entity in the West Bank, Katz said that “as long as we are succeeding to bring more Jews to live in Judea, Samaria and to the Golan [Heights], this shows that it will be impossible to cram us together into Tel Aviv and its suburbs. And that is the most important message generated from my research.”

Based on the report’s projections, more than 1 million Jewish Israelis will live in the West Bank by the year 2045.

Baruch Gordon, director of “West Bank Jewish Population Stats” who cumulated the statistics along with Sharona Eshet-Cohen, told JNS that Israel’s Central Bureau of Statistics (CBS) released its end-of-the-year report for 2020, reporting “some 6.9 million Jews in the State of Israel. Accordingly, the Jewish population of the West Bank, including the eastern neighborhoods of Jerusalem, comprises over 10 percent of Israel’s Jewish population. Those that call for erasing the Jewish presence in the West Bank are disconnected from reality. The facts on the ground are irreversible. The percentage of Jews in the West Bank is equivalent to 33 million Americans.”

He added that while the CBS indicated that the country’s population grew by 1.7 percent in 2020, “in the same period, the Jewish population of the West Bank had a 54 percent higher growth rate.”

Despite the statistics, which indicate an increase in actual growth, Gordon said that since 2013 the study shows that the percentage of growth each year has gone down from 4.33 percent that year to only 2.62 percent in 2020.

“Over the last eight years, the growth rate of the West Bank Jewish Population has steadily decreased,” he continued. “What’s the explanation? When Barak Obama became U.S. president in 2009, [Israeli] Prime Minister [Benjamin] Netanyahu caved to his pressure and imposed a 10-month complete freeze on Israeli construction in the West Bank. While I have much respect for our prime minister, he never reinstated the construction to what it was.

At the same time, the left-wing Peace Now organization that opposes additional Jewish building in the West Bank and favors evacuations of communities considered more isolated, recently released a study reflecting such construction, titled “Greenlighting De Facto Annexation: A Summary of Trump’s Impact on the Settlements.”

They also say that the number of tenders in the settlements doubled with tenders published for 2,425 housing units, compared with 1,164 housing units in the previous four years.

Gordon said that he “loves” the numbers shared by Peace Now, adding, “I don’t see any reason to doubt them.”

However, he explained that their statistics refer to advancements in planning, but not the actual building. “From the time a housing project is ‘approved’ in the first planning committee, it can take 10 years” before it is built, he noted. “More could have, should have and would have been built if [Netanyahu] were to encourage it,” said Gordon.

Peace Now’s director of development and external relations, Brian Reeves, acknowledged to JNS that the advanced units will take years until the building on them is actually finished. He referred to this as “a long-term scheme.”

Reeves said “infrastructure is being laid to shorten commute times in and out of the West Bank, which when completed is supposed to dramatically drive up demand in the coming two decades. It’s also worth reminding that it’s an ideologically driven policy choice to promote settlement expansion, so the market alone isn’t in what’s driving promotions.”

In its report, Peace Now said it hoped that the Biden administration will be “attentive to the peace-seeking majority in Israel and to restore the United States to its status as a constructive intermediary for a two-state solution.”

Interestingly, while Katz said that Trump and members of his administration proved to be great friends of Israel, he is optimistic that communities in the West Bank will thrive even further with President Joe Biden in the Oval Office.

“I think the new administration led by a Democratic president will be better for us because with Trump, and with Jared Kushner serving as the president’s top adviser and Ambassador Friedman here in Israel, we couldn’t say ‘no’ when they wanted something,” he related.

Katz said the Trump administration “blocked Israeli sovereignty in Judea and Samaria in order to sign a normalization agreement with the United Arab Emirates. I’m afraid if Trump would have won and would have brought Saudi Arabia to the table, Israel would have been pressured to carry out another construction freeze in exchange for peace with the Saudis.

He said that with Biden, “it will be much easier for any Israeli government to reject his plans. In other words, with this administration, we can say ‘no’ when it comes to pushing us back to the ’67 boundaries.”