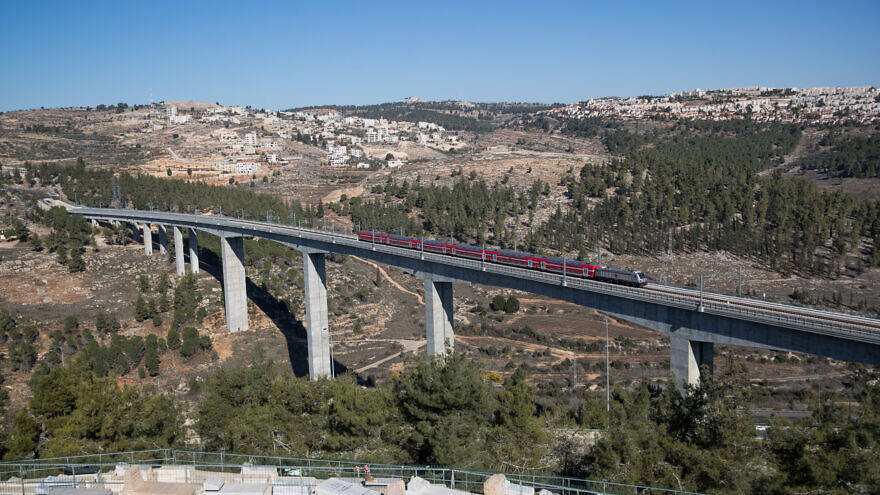 (February 18, 2020 / JNS) Israel’s Transportation Ministry said on Monday that it’s moving ahead with plans to build an extension of the Tel Aviv-Jerusalem high-speed line that would directly connect Tel Aviv’s Ben-Gurion International Airport to the Western Wall in Jerusalem.

The project would involve the construction of two new stations and an 1.8-mile-long tunnel under downtown Jerusalem and the Old City. The new route for the railway extension has been approved by the Knesset’s Planning and Construction Commission, it was announced on Monday.

The project was initiated in 2017 by then-Transportation Minister Israel Katz, who now serves as Israel’s foreign minister. Katz said the station under Jerusalem will reportedly be named after U.S. President Donald Trump.

Transportation Minister Bezalel Smotrich hailed the plan as a historic development, saying it was “very good news for Israeli residents and the millions of tourists who come to Jerusalem.”

The plan is likely to face opposition from the Palestinians, who claim eastern Jerusalem as the site of a future capital, as well as archaeologists, who fear the construction could disturb artifacts near the sensitive historical sites.

Its foreign-ministry spokesman Daifallah al-Fayez insisted the international community “assume its responsibilities to resist the illegitimate and illegal Israeli steps.”