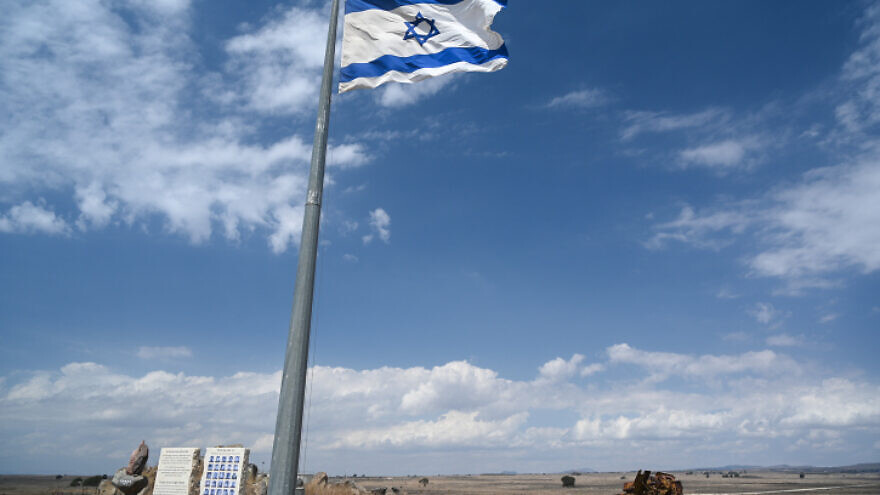 (December 28, 2021 / JNS) As Israel is set to invest 1 billion shekels ($317.3 million) into developments to increase the population in the Golan Heights, American experts believe the move announced by Israeli Prime Minister Naftali Bennett on Sunday is unlikely to elicit much response from the Biden administration.

Former Trump administration official Elliott Abrams, senior fellow for Middle Eastern studies at the Council on Foreign Relations, said the Golan Heights is and will remain part of Israel and that Israelis who live there are not “settlers.”

“That’s the universal view in Israel and there are no partisan divisions, nor can anyone seriously argue for turning the area over to [Syrian dictator] Bashar al-Assad.”

The Golan Heights came under Israel control after it was captured from Syria during the Six-Day War in 1967. Israel’s Knesset extended Israeli laws over the territory in 1981 in a move that was derided by the international community as annexation, with the Jewish state’s critics arguing that international law stipulates that a nation cannot annex land acquired through a defensive or offensive war.

In 2019, the Trump administration unilaterally recognized the Golan Heights as part of Israel for the first time. The sparsely populated area is seen by Israelis as a strategic buffer between Israel and Assad-led Syria, which for most of the past decade has been embroiled in a bloody civil war.

“The Golan is one of the most popular places to visit for Israelis but has not received the investment many other regions of the country have,” Abrams said. “Now it will. I view this as an internal Israeli issue and see international criticism as just more Israel-bashing.”

With Assad remaining in power in Syria, Aaron David Miller, senior fellow at the Carnegie Endowment and former U.S. State Department analyst and negotiator, said that the announcement is in line with Bennett’s promise in October to invest in the Golan Heights, aiming to form the type of infrastructure needed to create traction to further develop the region.

“I think the timing for him is very advantageous because there’s no possibility that there’s going to be a negotiation with the Syrians. There’s going to be no pressure because of Assad’s status as an international pariah,” Miller said. “The Biden administration has willfully decided not to challenge overtly the Trump administration’s unilateral political declaration to declare the Golan sovereign Israeli territory. And the administration is saving its powder if in fact it’s going to use it at all either if there’s unpleasantness between Israel and the United States over Iran or for some more ambitious West Bank enterprise that the administration is going to oppose.”

The Biden administration has sent mixed messages about whether it would continue the Trump administration’s recognition of the territory as part of Israel. In February, U.S. Secretary of State Antony Blinken said only that the Golan Heights “remains of real importance to Israel’s security,” but would not expound further.

In June, the Washington Free Beacon quoted a State Department official as saying that the “territory belongs to no one and control could change depending on the region’s ever-shifting dynamics.” However, the Biden administration has said almost nothing about the Golan Heights following that report.

Rep. Mike Gallagher (R-Wis.) and Sen. Ted Cruz (R-Texas) in May introduced the Israeli Sovereignty Reassurance Act of 2021 to prohibit the State Department from reversing the recognition of Golan Heights as sovereign Israeli territory.

But Miller said there is no chance that the administration would make such a decision now, having from the beginning skirted around the territorial issues of the Golan Heights and Western Sahara, the latter which he believes is much more consequential.

“Even in an era of cyber and ballistic missiles where in fact borders and boundaries are permeable, in the case of Golan, psychologically, politically and even from a security point of view, there’s deep and broad consensus across the spectrum in Israel for retention,” Miller said, which is why, he pointed out, the recent move by Bennett has received no attention from the mainstream American press.

The U.S. State Department did not respond to a request from JNS for clarification of its stance on the Golan Heights.