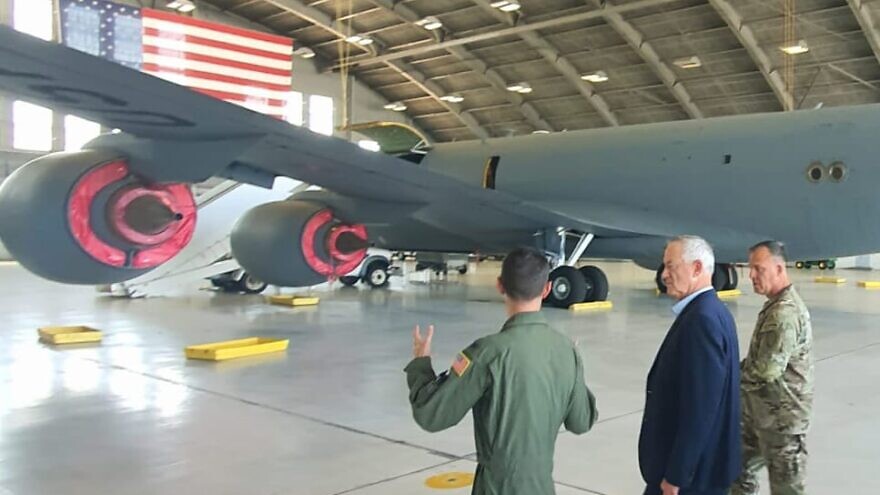 (September 1, 2022 / JNS) The Israeli government and Boeing Co. announced a $927 million deal on Thursday to purchase four KC-46A refueling tankers for its air force. The first planes are slated to arrive in 2025.

“I would like to thank the U.S. Department of Defense for approving the important agreement for the provision of fuel tankers to Israel,” said Israeli Defense Minister Benny Gantz.

“The refueling aircraft that are being purchased, along with the procurement of the F-35 squadron, helicopters, submarines and advanced munition, will enable the IDF to face security challenges near and far,” said Gantz.

The tankers would replace the decades-old, repurposed Boeing 707s that Israel now employs for mid-air refueling, and they might help Israel indicate its seriousness about a long-threatened strike on Iran’s nuclear installations, reported Reuters.

However, the Jewish Institute for National Security of America (JINSA) tweeted: “It is dismaying that Israel will not receive KC-46A aircraft refueling tankers until 2025.”

“The possibility of a new, insufficient Iran nuclear deal underscores the importance of the United States expediting KC-46s to Israel to enhance deterrence against Iran,” it stated.

It is dismaying that Israel will not receive KC-46A aircraft refueling tankers until 2025. The possibility of a new, insufficient Iran nuclear deal underscores the importance of the US expediting KC-46s to Israel to enhance deterrence against Iran. https://t.co/4cfZpKSG5c https://t.co/wO4YCoAlkd