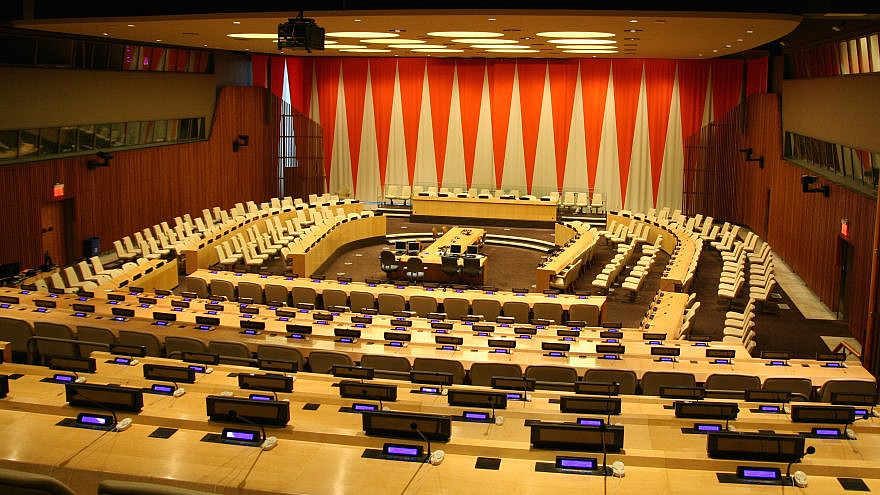 (June 8, 2021 / JNS) For the first time ever, Israel was elected on Monday to serve on the United Nations Economic and Social Council (ECOSOC).

“An incredible achievement for Israel at the U.N. today being elected to ECOSOC! Thank you to the 154 states that voted for us & all our diplomats who made this happen,” Israeli Ambassador to the United States and the United Nations Gilad Erdan tweeted on Tuesday, along with a video clip expressing the same sentiment. “Choosing Israel is recognition of our innovation & creativity, which benefits all nations of the world!”

The ECOSOC, one of six main bodies at the United Nations, focuses on international economic and social matters. Eighteen countries other than Israel were elected to the 54-member body, and each will serve a three-year term. ECOSOC decisions are reached by a simple majority, each member having one vote.

Israel’s election to the world body came less than three weeks after Erdan walked out of a session of the General Assembly at which Palestinian Authority Foreign Minister Riyad al-Maliki accused Israel of committing war crimes and “deliberately massacring children” in Gaza during “Operation Guardian of the Walls.”

“Anyone who speaks here today and does not condemn Hamas terrorism clearly and unequivocally, and fails to distinguish between the war crimes of this terrorist organization and Israel’s self-defense, chooses to strengthen extremist forces and encourages terrorist groups to use civilians as human shields and harms the chances for peace,” Erdan said upon returning to the assembly hall.