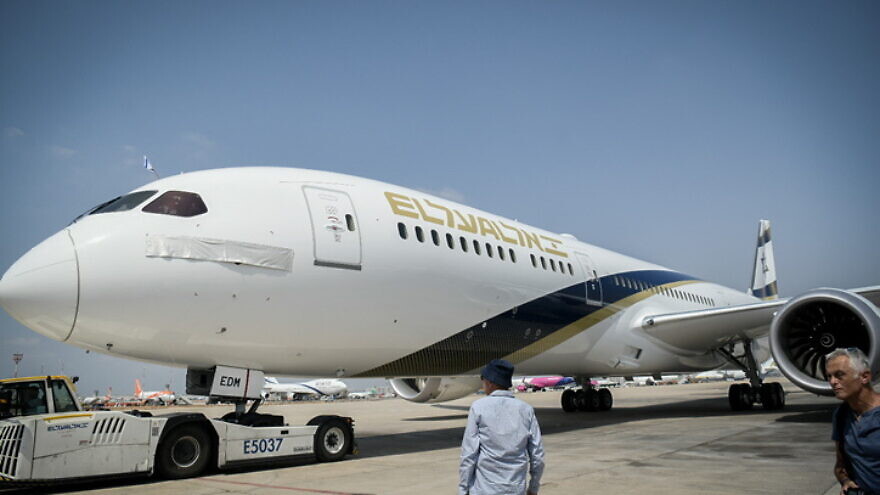 An El Al Dreamliner, sinilar to the one pictured here, took off from Ben-Gurion International Airport in the first regular flight from Israel to Morocco on July 25, 2021. Photo by Flash90.
Spread the word.
Help JNS grow!
Share now:

The Israel-Morocco line “will help promote tourism, trade and fruitful economic and political cooperation between the two countries,” said Israeli Tourism Minister Yoel Razvozov, who participated in a ceremony at the airport shortly before the El Al flight.

“We continue to build infrastructure and create tourist anchors that will promote tourism to Israel for the day we beat the coronavirus. The Israel-Morocco aviation line is undoubtedly an important and significant anchor,” he said

“This is another step in the actual realization of the roads opened and the bridges established between the citizens of the two countries as part of the Abraham Accords,” said Sorek.

Israel and Morocco signed a normalization agreement in December as part of the Abraham Accords. Part of the agreement included allowing regular flights between the two countries, with Israelis being allowed to visit Morocco as tourists.