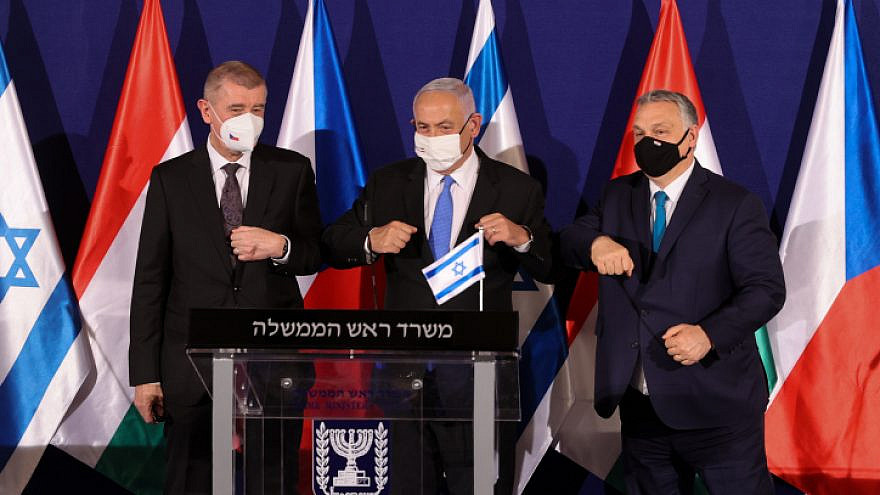 (March 14, 2021 / JNS) The prime ministers of Israel, Hungary and the Czech Republic met in Jerusalem on Thursday for a summit on the research, development and production of COVID-19 vaccines.

Israeli Prime Minister Benjamin Netanyahu, Czech Prime Minister Andrej Babiš and Hungarian Prime Minister Viktor Orbán also held a working meeting with their countries’ professional teams, to discuss all aspects of the fight against the pandemic, including exit strategy, easing of travel regulations and the introduction of a “green passport” for vaccinated individuals.

In a joint press conference with Orbán and Babiš—who the same day attended a ceremony for the opening of a branch of his country’s embassy in Jerusalem—Netanyahu said, “We discussed a number of ideas. The first is exchanging green passports as we’ve done with several countries already. It would be an important addition to add Hungary and the Czech Republic to this, but equally to see how we can involve both Czech Republic and Hungary in the international plant that we want to build here in Israel for the production of the vaccines of the future.”

A Brazilian delegation arrived in Israel on March 7 to learn about EXO-CD24, a promising new COVID-19 drug developed at the Tel Aviv Sourasky Medical Center. The delegation also held discussions regarding ways in which the two countries could cooperate in fighting the pandemic.

Netanyahu also held a summit in Jerusalem on March 4 with Austrian Chancellor Sebastian Kurz and Danish Prime Minister Mette Frederiksen to discuss establishing a joint fund for the research, development and production of future coronavirus vaccines.