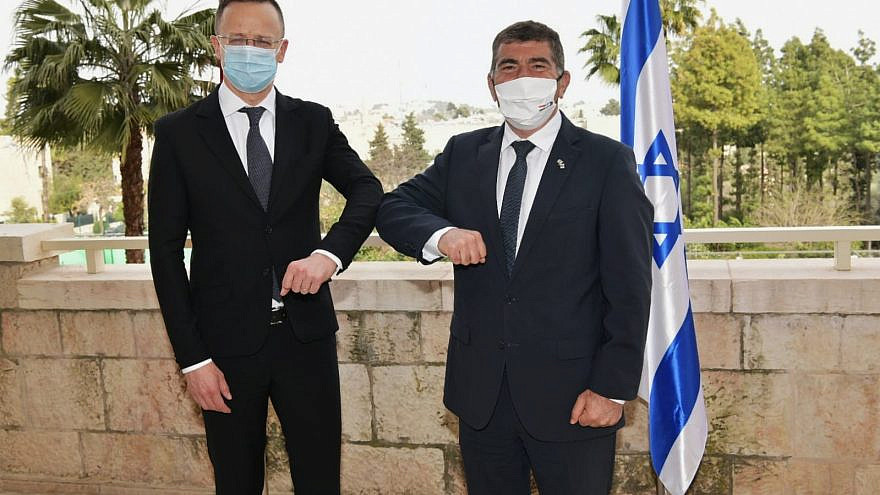 (March 12, 2021 / JNS) The Czech Republic opened a branch of its Israel embassy in Jerusalem on Thursday in a ceremony attended by Czech Prime Minister Andrej Babiš and Israel’s Minister of Foreign Affairs Gabi Ashkenazi.

“We, the Czech Republic, are opening here in Jerusalem on Washington Street our diplomatic representation,” said Babiš.

While Babiš noted that the country’s official embassy remains headquartered in Tel Aviv, the development serves as an indication of the Eastern European country’s tacit acceptance of Jerusalem as Israel’s capital.

“We will have a full-fledged diplomatic mission here in Jerusalem,” he said. “It will deal with a lot, ranging from politics and economic cooperation to the consular agenda and other topics. It will have its permanent staff and work under the lead of our embassy in Tel Aviv.”

Babiš added that “it represents another milestone in our cooperation and gives evidence that we see the importance of this great city.”

The Czech Republic announced in December that it planned to open the branch in Jerusalem.

In 2018, Czech President Miloš Zeman announced a three-step plan to relocate the country’s embassy to Jerusalem. Zeman, who has limited powers as president, faced opposition from Babiš, who cited European Union policy against opening diplomatic missions in Jerusalem.

Nevertheless, the Czechs opened a cultural and economic office in November 2018, which has now been upgraded to the Jerusalem branch.

Ashkenazi praised the opening, saying it shows “additional proof of the depth and the scope of the friendship we share with the Czech people, and the Czech Republic and government.”

The foreign minister also said he appreciates the Czech government for “leading the change in Europe towards the city of Jerusalem as a whole and towards the connection with the State of Israel.”