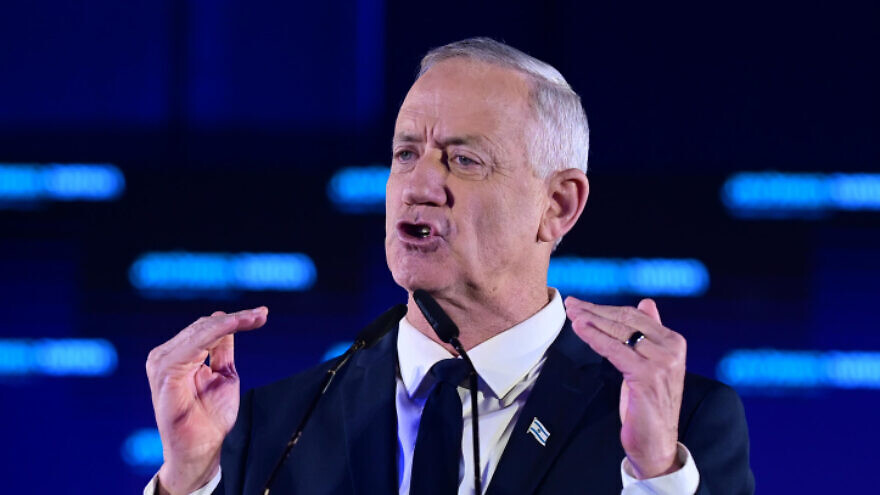 Gantz expressed his condolences to the Turkish people over “the criminal terror attack in Istanbul” that occurred on Nov. 13, which killed six people and injured dozens more.

“I also expressed my appreciation for his condemnation of the terror attack in Jerusalem last week,” said Gantz, in reference to the Nov. 23 twin bombings in the capital, which killed two Israelis and injured more than 20 people.

Israel’s National Security Bureau said earlier this month that a Level 3 travel alert—an intermediate level—remains in effect for Turkey, meaning that Israeli citizens should avoid non-vital travel to the country.

Israelis who are in Turkey have been advised to maintain a heightened state of alert in public places.

On Oct. 27, Gantz met with Turkish President Reccep Tayyip Erdogan in Ankara. During the meeting, Gantz thanked him for actions undertaken by Turkish security forces “for saving the lives of Israelis and Jews from the local community in Turkey. This action against terrorism has great significance for our ability to boost cooperation and official defense ties between the countries.”

Gantz and Erdogan addressed several strategic issues, and discussed joint effort to boost stability, prosperity and security in the Eastern Mediterranean and Middle East, according to the Israeli Government Press Office.

The resumption of defense ties comes after Jerusalem and Ankara worked together over the summer to foil Iranian plots to attack Israelis on Turkish soil.