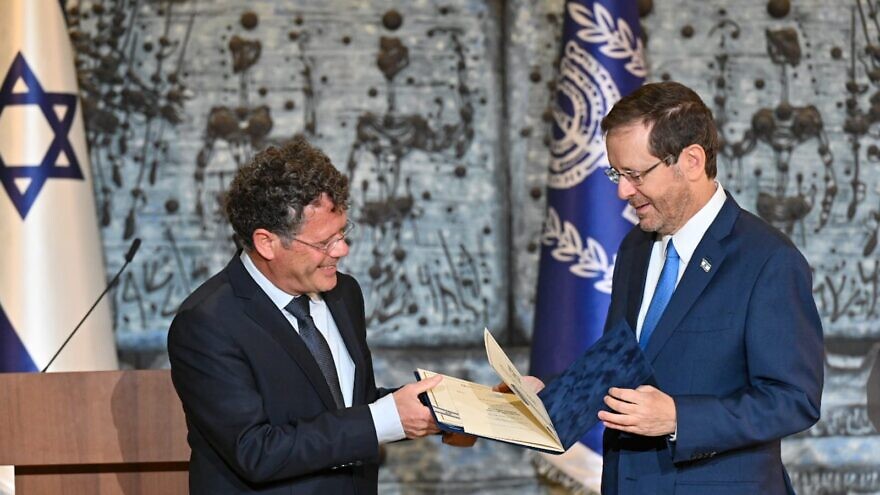 (November 9, 2022 / JNS) Israeli President Isaac Herzog on Wednesday received the official results of last week’s national elections from Central Elections Committee chairman Justice Yitzhak Amit, and said he intends to hand out the mandate to form the next government on Sunday.

“Nearly five million citizens voted in the elections to the 25th Knesset … That’s a very impressive figure!” Herzog said at an official ceremony at the President’s Residence in Jerusalem.

Meanwhile, Herzog stressed the need for unity in the aftermath of the elections.

“With the receipt of the final results, at the end of the campaigns, and a moment before the Knesset is sworn in and a government formed, it is time for collective responsibility. Responsibility to look out for each other, responsibility to conduct a respectful dialogue, responsibility for cohesion. It is important for me to emphasize: there is tremendous value to disagreement. But we must know how to manage disagreement, in a spirit of attentiveness, inclusion, partnership, and respect,” he said.

Later on Wednesday, Herzog will begin consultations with representatives of the political parties voted into the 25th Knesset, before tasking an individual—almost certainly Netanyahu—with forming a government based on their recommendations.

The consultations will be broadcast live in accordance with Israel’s Basic Law: The Knesset, which grants the president a maximum of one week (beginning Wednesday) to task a candidate with forming a coalition.