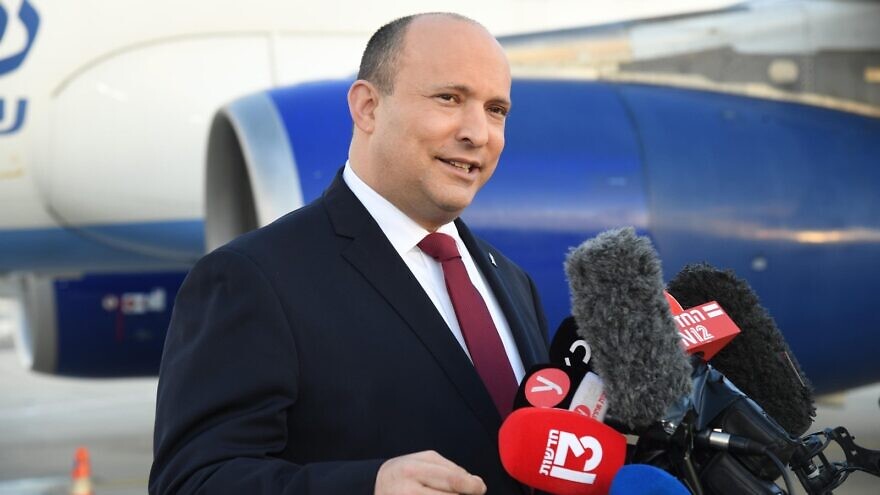 “I’m going to meet the king, I’m going to meet the crown prince and have a series of meetings whose goal is to fill—with energy and content—the peace agreement between the two nations,” Bennett said at Bahrain International Airport. “I think especially in these tumultuous times it’s important that from this region we send a message of goodwill, of cooperation, of standing together against common challenges and of building bridges to the future.”

During the visit, the leaders will discuss diplomatic and economic issues, with an emphasis on technology and innovation, as well as additional ways to strengthen bilateral ties, according to the statement.

Bennett is also scheduled to meet with the kingdom’s ministers of finance, industry and transportation, as well as with representatives of the local Jewish community.

Military ties between the two countries have also been strengthening.

Vice Adm. Brad Cooper, commander of U.S. Naval Forces in Central Command, told Israel’s Makor Rishon on Feb. 3 that the importance of the U.S. Fifth Fleet in Bahrain lay in strengthening military ties between the kingdom and Israel.

Cooper cited the Abraham Accords and the transfer of Israel from the U.S. military’s EUCOM (European Command) to CENTCOM (Central Command, responsible for the Middle East region) as two new factors that could be leveraged to further strengthen regional naval security.