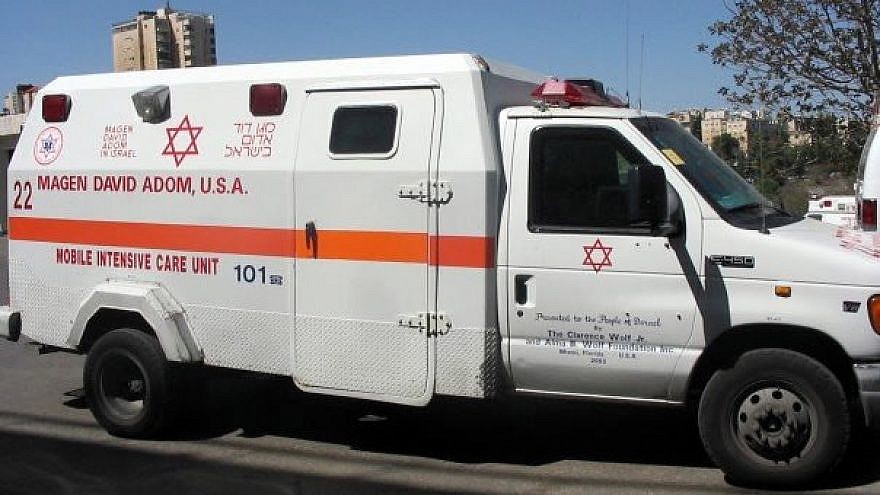 (July 5, 2022 / JNS) An unknown assailant on Tuesday morning attacked a 47-year-old pedestrian in the city of Bnei Brak outside Tel Aviv. According to a police statement, the civilian was walking to a synagogue in neighboring Givat Shmuel when he was assaulted.

Magen David Adom paramedics evacuated him to the Sheba Medical Center in Tel Hashomer. Police have launched a manhunt for the suspect.

Walla quoted Dr. Zion Zivli, director of the Department of Neurosurgery at Tel Hashomer Hospital, as saying that “the injuries to the head are very serious, and therefore I assess that the suspect struck him with a heavy object.” He added that the victim was not in a life-threatening condition.

The report quoted the attack victim’s wife as stating that the man was on his way to pray and that the assault occurred on a bridge, where the perpetrator “gave him three hard strikes to the head.

“According to my husband, he had an Arab appearance, but beyond that, we don’t know a thing,” the victim’s wife was quoted as saying.

The assailant immediately fled the scene.