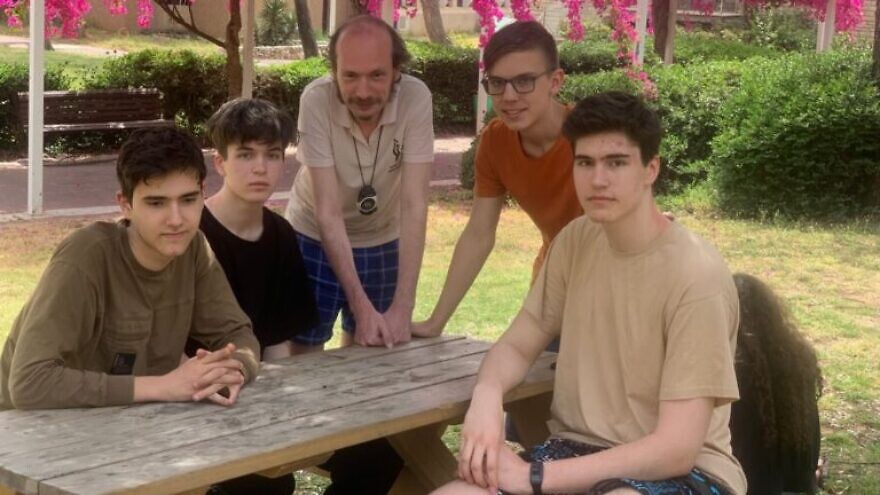 (May 22, 2022 / Israel21c) Thirteen of Ukraine’s top high-school math geniuses have landed in Israel for a specially created program at Bar-Ilan University’s International School.

“My mother took me as far as Poland but then I had to say goodbye,” said Leonid Diachenko, 14, from Kyiv. “It was really hard to say goodbye because I don’t know when I’ll see her again.”

Dan Carmon, an engineer at StarkWare, one of the main donors to the project, is a coach on the Israel Youth Math Team. He said that he knew the Ukrainian coaches from competitions, and he and his colleagues were “crushed by the plight of the Ukrainian team.”

Carmon proposed that StarkWare contribute funding needed to launch the humanitarian effort and the company immediately agreed. Bar-Ilan University then raised approximately 1 million shekels ($289,000) to absorb Ukrainian researchers and students, with contributions from Google and the Israel Friends of Bar-Ilan.

The Bar-Ilan International School arranged visas and housing, and prepared an interdisciplinary academic curriculum tailored to the students’ needs. The students will learn Hebrew and take courses in math, computer science and physics. Some will continue with bachelor’s degree studies in October.

“It’s heartbreaking that these youngsters need to leave home to continue normal life, but we were determined to give them the chance to do so,” said Bar-Ilan University President Arie Zaban.

Diachenko said that he thinks a lot about the safety of his family but added, “I have to live with this.” The Bar-Ilan program is “giving me exactly what I’ve wanted, in spite of the war which is disrupting the dreams of so many people from our country,” he said.