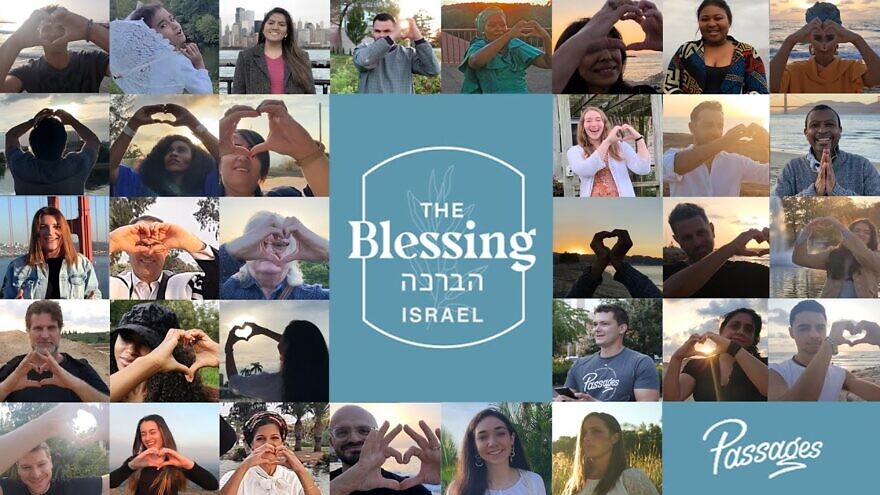 Grammy-winning American Christian stars have joined some of the biggest names in Israeli pop music to raise awareness regarding rising anti-Semitism around the world.

The number, sung in Hebrew and English, has been compared by Israeli media to “We are the world,” the charity single originally recorded by the supergroup USA for Africa in 1985.

The backing vocals feature students from Passages, an organization that brings American Christian students to Israel. The song was released by Passages in a collaboration with Israel advocacy organization StandWithUs.

“I’ve watched the video twice and I love it. It’s beautiful in every way,” said Skaggs. “Just to see the smiles on the faces of the artists pouring their hearts out in song is so wonderful.”

“Israel can put out many videos about anti-Semitism, but I believe that music can bring together and unite,” said Dudu Aharon, who described how shocked he was to see intense security at synagogues in the United States and Europe, and his fear about wearing a kippah openly when he was there.

“There are differences in the world, but at the end of the day, the key is to get along together,” said Avraham Tal, describing how he first encountered anti-Semitism when he visited his grandparents in Marseille and was called a “dirty Jew.”

“I am delighted to take part in this exciting project. For me, it is the beginning of unity, love and fraternity between us all,” said Israeli singer Narkis.

The song’s central theme is the Birkat Kohanim, the priestly blessing said in synagogue by kohanim, the descendants of Aaron, and by parents to their children on the Sabbath: “The Lord bless you and keep you; the Lord make his face shine on you and be gracious to you; the Lord turn his face toward you and give you peace” (Numbers 6:24-26).

“I believe that music has the power to transcend the boundaries of our cultures and speak to the hearts of each and every person who hears it,” said Scott Phillips, executive director of Passages. “Our prayer at Passages is that this project can raise awareness of the threat of anti-Semitism and strengthen the ties between Christians and Jews, and promote a deeper understanding of both biblical and modern Israel.”

The song was originally released in 2020 by popular Christian singer/songwriter Kari Jobe in partnership with Elevation Worship, and garnered a Grammy Award nomination for Best Contemporary Christian Music Performance/Song at the 2021 Grammy Awards. It has since been recorded in dozens of cover versions by various artists worldwide and produced in many languages. This is the first collaboration that involves Hebrew and English.

The project was the brainchild of Daniel Berkove, an Israeli businessman originally from the United States.

“In its essence, the video, which for me has been a very personal project, is about unity, celebrating the values we share rather than focusing on what keeps us apart,” said Berkove. “I’m an observant Jew from a family of kohanim who recites the Priestly Blessing daily. Having grown up and attended public school and university in suburban Detroit, I now live in Israel and work across Africa. The themes in the video very much reflect my own experiences and beliefs, and I’m grateful to Passages for supporting this project and enabling me to realize it.”

The video was directed and produced by Erez Dan, a preeminent Israeli videographer who has worked with Israel’s biggest stars on songs like “Shevet Achim v’Achayot” which has been viewed 40 million times on YouTube, and co-produced by Michael HarPaz, an Israeli pop star also originally from the U.S.